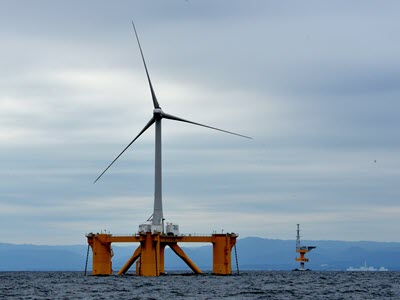 Mika Ohbayashi outlines steps Japan can take to remain a key player in the global energy transition while also moving its electricity mix closer to its target of net-zero carbon emissions.

In order for Japan to achieve its net-zero goals by 2050, the country urgently needs to expand the introduction of renewable energy, promote sector integration, and implement meaningful changes to its carbon pricing system. As the world looks to the 27th UN Climate Change Conference later this year, the Kishida administration should clarify definitions surrounding “unabated” coal and different forms of hydrogen and answer questions about financing overseas coal power so that the Japanese government can actively create policies that support its green energy transition. This commentary outlines pathways forward to address some of these issues and accelerate Japan’s net-zero transition.

JAPAN’S DEPENDENCE ON FOSSIL FUELS AND CAPACITY FOR RENEWABLE ENERGY

Around 77% of Japan’s electricity still comes from imported fossil fuels. Japan emits 3.5% of the world’s greenhouse gases. More than half of emissions come from 130 extensive factories and facilities, while 78 thermal power stations account for around a third of national emissions.[1] Further, more than half of thermal power emissions are from coal-fired power plants. The second-largest source of emissions is from the steel industry, with 16 sites accounting for 12.2% of Japan’s total emissions. In order to reduce carbon emissions, Japan needs to move away from fossil fuels, phase out coal, and accelerate the expansion of renewables, particularly solar and wind power. Although renewable energy consumption has increased from 10% to 20% over the past decade, growth has been slow.[2]

As of the end of 2021, Japan had installed 74 gigawatts (GW) of solar photovoltaic (PV) installation capacity.[3] Although this is a notable achievement for a highly industrialized country with limited land, there is a need to provide further incentives for solar PV on roofs of factories, houses, and warehouses, as well as to continue to expand commercial-scale solar PV. Different forms of renewables, such as onshore and offshore wind, small and medium-sized hydropower, bioenergy, and geothermal, also should be expanded. The country’s grid system must become more flexible, with the integrated operation of different transmission networks, digitalization of the distribution level, and policies that support such capabilities being needed.

Japan has a high potential for offshore wind power,[4] but development has only just begun, with 1.7 GW awarded in the first full-scale tender at the end of 2021. Onshore wind has been developed since the mid-1990s, but regional monopolies and vertical integration of the power market have made it difficult for wind farm operators to connect to the grid. The overall installed capacity for wind power was less than 5 GW at the end of 2021. Although a feed-in tariff scheme was introduced in 2012, policy stability was not ensured. In the same year, a more stringent environmental impact assessment than for coal-fired power was imposed for onshore wind power, which extended the lead time to eight years. It is only in the last year or so that the direct benefits of feed-in tariffs have been expanded to onshore wind power in Japan.

To meet its goal of achieving net-zero emissions by 2050, Japan must expand renewable energy to the greatest extent possible. The country aims to reduce emissions by 46% by 2030, but it is not clear whether this medium-term target can be met under current energy policy. Japan must first accelerate the expansion of renewables in the power sector as much as possible and, in the process, phase out coal-fired and nuclear power by 2030. Overall renewable supply is currently around 20% of electricity, whereas the United Kingdom, Denmark, Germany, and others have achieved a level of over 40%.[5] These countries have set a target of supplying almost 100% of their electricity from renewables by the 2030s and are developing a range of measures to achieve this goal.

Nuclear power is regaining attention as another alternative to fossil fuels, but policymakers should be skeptical of nuclear energy as a solution for a number of reasons. First, the cost of nuclear power plants is too high. Why should we pay for nuclear power when there are cheaper technologies on the market that do not require complex technology or defense? The money should be directed toward investments in renewables and energy efficiencies to stimulate the new economy. Also, nuclear power generates radioactive waste that will remain on the Earth for around 100,000 years, which is a problem that no country has fundamentally solved. The possibility of a massive accident always looms, as exemplified by the disasters at Three Mile Island, Chernobyl, and Fukushima. Finally, the lead time to construct and start nuclear power plants is too long to deal with the climate crisis.

Moreover, in order to achieve a sustainable society, the degree of environmental impact should not be measured solely in terms of carbon emissions. Improving biodiversity, promoting democracy, and combating poverty are also important factors.

JAPAN’S LACK OF COMMITMENT TO ITS 2050 NET-ZERO GOALS

At the 26th United Nations Climate Change Conference in Glasgow, Prime Minister Fumio Kishida declared Japan’s decarbonization mission by exploring the option of zero-emission thermal power plants. Kishida first announced that Japan would promote the development of technologies such as carbon capture and storage; carbon capture, utilization, and storage; and hydrogen and ammonia. At home, the government announced the scenario that renewables would constitute 50%–60% of Japan’s total power generation at most, with nuclear power representing 5% of the share and fossil fuels producing the rest.[6] However, emissions from fossil fuels will be captured and stored in Japan and other Asian countries. Fossil fuel will produce hydrogen and ammonia that will be used as mixed fossil fuel burning, while hydrogen will also be used for the automobile industry through fuel-cell vehicles.

Prime Minister Kishida’s speech raises important questions about the definitions of certain climate concepts. For example, Japan is seen as a country pushing for decarbonization while promoting unabated coal use, but it is not yet clear what the Japanese government means by “unabated coal.” Does it include some highly efficient coal-fired power plants, or does it also include the burning of ammonia or hydrogen in coal-fired power plants? Furthermore, how should gray, blue, and green hydrogen be defined? These key terms need clarification if Japan is to make more substantial commitments to its net-zero goals.

The idea of boosting investment in renewable energy is supported by multinational companies such as Sony, Hitachi, Softbank, and Ricoh, which are demanding that the Japanese government improve its climate policy for fear of losing out to international competition. Such external pressure from the private sector can help push the government to implement sustainable strategies on the renewable energy front.

For Japan to achieve its 2050 goal, it must accommodate a large scale of renewables, requiring that the transmission system itself be strengthened. In this process, interconnecting Japan’s grid with the grids of other countries will improve flexibility. At the same time, in order to expand the use of renewables, Japan must consider how to make them cheaper for society. In Japan, coal-fired power is still competitive with other forms of energy,[7] including renewables, because of Japan’s rigid energy markets. This is an unusual situation compared with other developed and developing countries that calls for implementing a meaningful carbon pricing system to expand the use of renewable energy.

Japan can take several steps to address these challenges and achieve a successful green energy transition. First, it must phase out coal by 2030 and increase renewable energy to around 50% of the country’s overall electricity supply. This transition requires improving grid flexibility and removing artificial market barriers. These reforms will make both the electrical grid and the electricity market more efficient for variable renewable sources like wind and solar. Finally, economic and international policy decisions can have an impact on Japan’s own electricity sector. Specifically, implementing a meaningful carbon pricing system would expand the share of renewables, and stopping financing for coal power nationally and internationally would support renewables both at home and abroad. By taking these steps, Japan can remain a key player in the global energy transition while also moving its electricity mix closer to its target of net-zero carbon emissions.

Mika Ohbayashi is Director at the Renewable Energy Institute. Before joining the institute, she worked for the International Renewable Energy Agency (IRENA) as the policy and project regional manager for Asia Oceania. She is cofounder of the Institute for Sustainable Energy Policies (ISEP) and served as the deputy director for eight years after its establishment in 2000. She also worked at the British Embassy to Japan as an adviser for climate change projects and policies. She started her career in the energy field by joining the Citizens’ Nuclear Information Center in 1992.

[7] For the first time, global price increases in fossil fuels made solar power cheaper than coal-fired power in the first quarter of 2022, due to the high inflation of fossil fuels in 2022. See “Cost of New Renewables Temporarily Rises as Inflation Starts to Bite,” BloombergNEF, June 30, 2022 https://about.bnef.com/blog/cost-of-new-renewables-temporarily-rises-as-inflation-starts-to-bite. 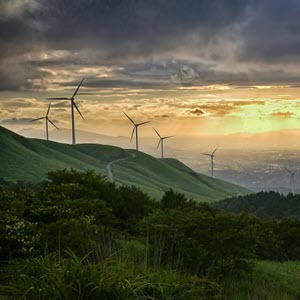