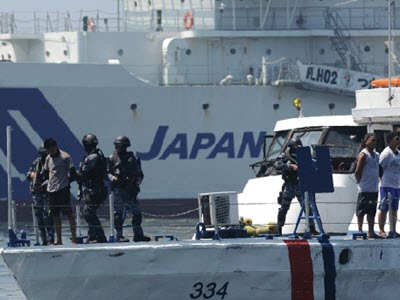 Kerry Lynn Nankivell (Daniel K. Inouye Asia-Pacific Center for Security Studies) explains why Japan’s institutional and political contexts militate against unilateralism or militarism, even as Japan expands its maritime security capacity to deal with the new strategic reality at sea.

The prospect of a “normal” Japan is welcomed by some and approached cautiously by others; the related debate over whether Japan is undergoing defense policy revolution or evolution is well-developed among regional specialists. Neither interpretation seems entirely faithful to empirical evidence. If we take Japan’s maritime cooperation with Southeast Asia as emblematic of Tokyo’s expanding role in regional security, we can argue that Tokyo is ushering in important but incremental changes to defense policy that are consistently anchored to established institutional patterns. Firmly biased toward tightly civilian-controlled, nonmilitarized approaches to security, these patterns place limits on future defense options that even Shinzo Abe’s conservative government seems to accept.

This will remain true as Japan’s security policy continues to evolve. Postelection speculation on Prime Minister Abe’s security policy suggests he may use his mandate to shepherd through a new National Security Strategy. With an assertive China and a belligerent North Korea on its doorstep, many anticipate that the Abe administration will take further steps to normalize Japan’s role in regional security. This view has been bolstered by recent parallel changes to Tokyo’s missile defense posture and by renewed reports that the government is reconsidering a plan to deploy F35s on its helicopter carriers. Though the substance of Abe’s new overall security policy remains undefined, his ruling Liberal Democratic Party’s campaign rhetoric—corroborated by my recent interviews with foreign policy leaders in the party—makes clear that the strategy will describe an increasingly competitive military environment in Asia and mandate a strengthened regional role for Japan in response. 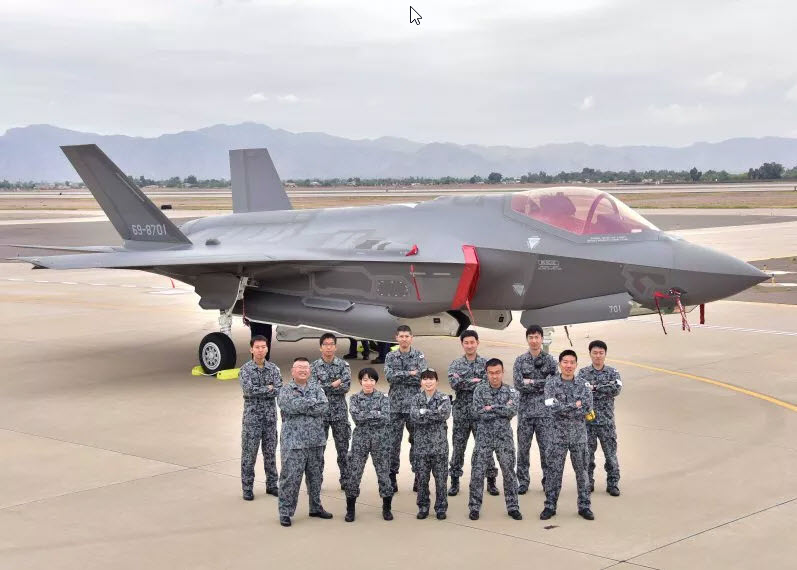 Nonetheless, because of established institutional patterns, Abe’s actions since 2012 can best be understood as a “status quo plus” approach rather than a radical departure from established norms. To be specific, Japan’s maritime cooperation will continue to be channeled primarily into either multilateral or multisectoral formats. Though the prime minister’s rhetoric emphasizes new military strength, an examination of the fine print—at least in the case of expanding Japanese activities in Southeast Asia—suggests that the reality is more nuanced than Abe’s politics or punditry would predict.

AN EXPANDED ROLE FOR JAPAN (THE FINE PRINT)

Under the 2013 National Security Strategy, Japan has undertaken “seamless assistance in security-related areas” to new partners. Moreover, the 2014 National Defense Program Guidelines designate the Japan Self-Defense Forces (JSDF) to provide human capacity development and technical assistance to the defense sector of new partner militaries. With no history of military-to-military assistance, these guidelines mark an important break with Japan’s postwar approach to regional security. But these new authorities have been implemented in programs that privilege multilateralism, remaining very much in line with Japanese policy since the 1960s. Both the 2014–18 Medium Term Defense Program and the Japan-ASEAN Vientiane Vision fit underneath the Program Guidelines to confirm that Japan intends to conduct defense assistance to Southeast Asian partners multilaterally as well as bilaterally. The Defense Program commits the Ministry of Defense (MoD) and JSDF to alignment with “existing providers” in maritime Southeast Asia, including the United States and Australia, and to the pursuit of defense-sector engagement with the Association of Southeast Asian Nations (ASEAN) as a whole rather than just with individual member states. 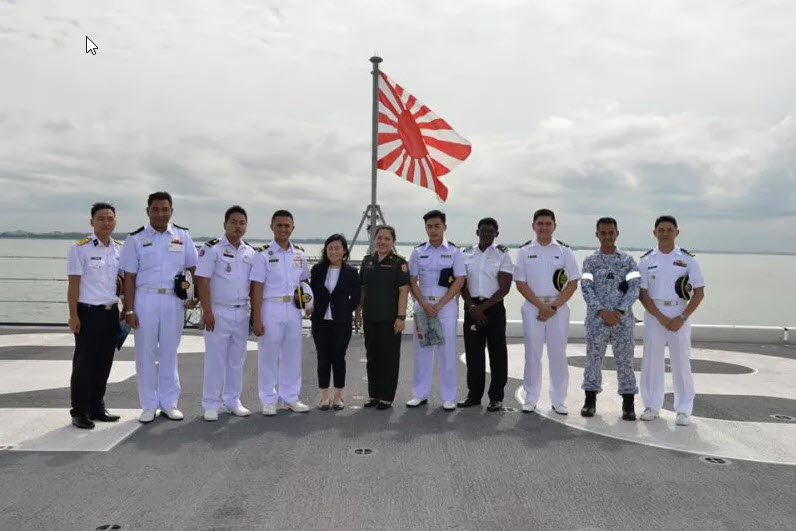 As of 2017, most of this guidance has been executed by the MoD in the form of training for ASEAN members focused on narrow practical skills and technical know-how in niche areas like underwater medicine or international aviation law. Overall, these programs remain tactical and of limited reach. Moreover, several of Japan’s 2016 defense engagements were conducted under Australia’s lead, being embedded in existing Australian programs in Southeast Asia.

Where Tokyo has engaged partners bilaterally, it has been within a broad, multisectoral framework that includes multiple government agencies and private-sector actors but excludes the MoD. Again, this implementation of the National Security Strategy adapts Japan’s long-standing approach to coastal development to its newly sharpened national security goals. Robust, ongoing assistance programs in Indonesia, Palau, the Philippines, and elsewhere are conducted cooperatively by the Ministry of Foreign Affairs, the Japan International Cooperation Agency (JICA), the Japan Coast Guard (JCG), and, in some instances, the Nippon Foundation, a well-funded charitable organization that coordinates closely with the government to pursue shared goals. This unusual multi-stakeholder approach has proved itself over several decades to be an effective model for working with developing countries to build local maritime capacity.

Policy changes under Abe are intended to carve out a small and well-defined role for the JSDF within this established coalition rather than to supersede it. The 2014 Program Guidelines dictate that the MoD coordinate closely within existing Official Development Assistance (ODA) policy. In the maritime domain, existing programs are currently largely coordinated by JICA and executed by the JCG. Such language requires the MoD and JSDF to nest their new programs within the existing interagency structure in which the Ministry of Foreign Affairs and JICA play outsized roles, leaving relatively little space for innovation by the operational communities of either the JCG or the JSDF.

A STATUS QUO PLUS FOR ASIAN SEAS

Japan’s security assistance to maritime Southeast Asia has thus always been dominated by JICA and executed by the JCG. This approach seems set to continue even as the government provides more funding and political support. Despite Prime Minister Abe’s ambitions to “normalize” Japan’s role in regional security, the country’s historical approach to maritime security partnerships in Southeast Asia has both institutional momentum and the Japanese public’s endorsement. These factors will moderate any attempts at dramatic change to militarize Japan’s maritime security cooperation in the short term.

Though deep continuities in Japanese maritime assistance to Southeast Asia are undeniable, the strategic context under which the JCG operates is very different now from in decades past. The JCG’s goals in Southeast Asia remain the same, but the means required to achieve them have changed dramatically. Coast guard programs today, as in 1969, seek to enable Southeast Asian countries to defend their maritime jurisdictions against transnational threats, keeping seas safe and open for global trade. But the nature of those threats and the operational demands they place on regional counterparts are escalating quickly.

Given this reality, the JCG has been pushed by circumstance to change the means by which it pursues its long-standing objectives. For example, regular JCG deployments for joint exercises with Southeast Asian counterparts have become nearly indistinguishable from joint operations under today’s security conditions, as these exercises take place in high-risk zones. As a case in point, in the last two years the JCG has quietly conducted joint exercises with the Philippines in the pirate-ridden Sulu Sea. As part of its capacity-building activities, the JCG periodically deploys one vessel and one aircraft to patrol high-risk areas. 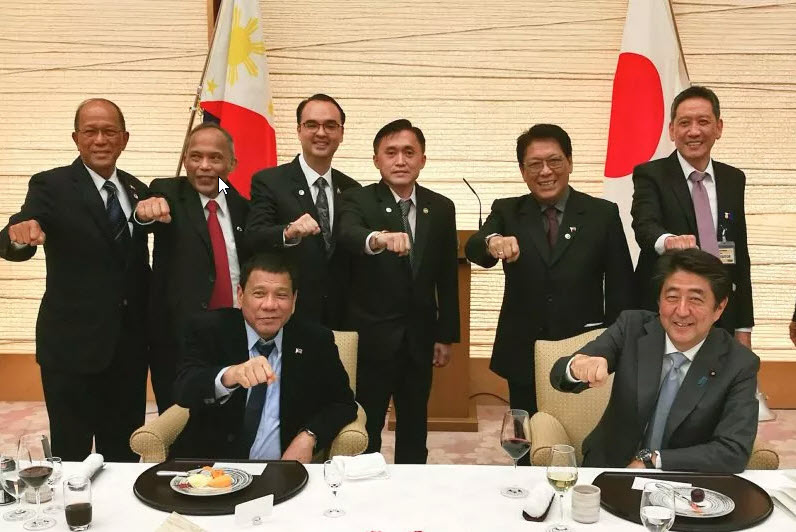 The fine print of the JCG’s role in Southeast Asia is too often overlooked by a security community that privileges the politicized headlines of Prime Minister Abe’s defense rhetoric. In 2016 the Abe government confirmed a quick succession of deals that were largely interpreted through a military-to-military lens. This included commitments for 90-meter, helicopter-capable ocean-going patrol vessels to three Southeast Asian partners, as well as ten smaller “new-build” offshore patrol vessels for the Philippine Coast Guard. Seen through a purely military lens, the provision of newly constructed ships to three new partners seemed a dramatic break with Japan’s post–World War II past. 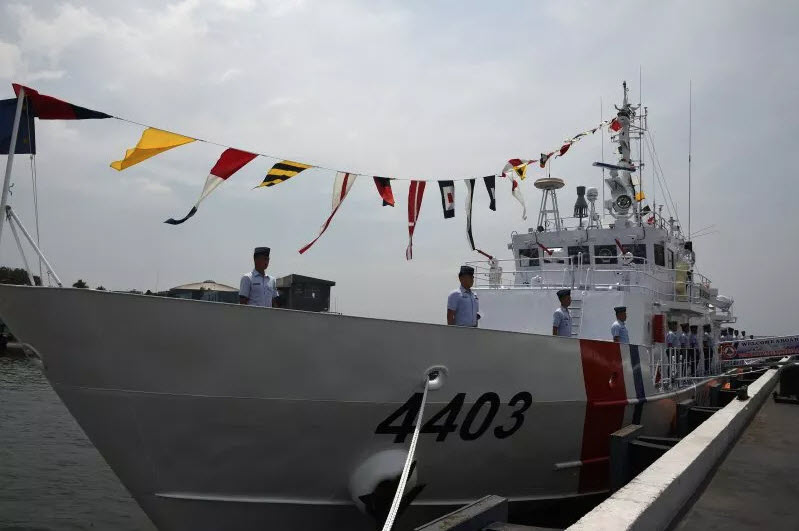 But this interpretation misses the institutionalized context of Japan’s long-standing coast guard assistance. In view of the JCG’s longer-term capacity-building programs in Southeast Asia, the vessels are the next logical step in a gradually evolving maritime relationship nurtured over several decades. It is significant, but often underemphasized, that all sixteen of Japan’s vessel transfers were administered by JICA, rather than the MoD, and supported by existing coast guard training programs and exercises rather than by exercises under the Maritime Self-Defense Force. Today, as in the past, the MoD and the JSDF have no direct or projected role in this cooperative effort.

In 2017, free and open sea lanes require maritime law-enforcement agencies prepared to confront pirates, terrorists, and even well-armed vessels deployed by assertive competitor states. In 2015, Prime Minister Abe told a gathering of regional JCG officers that “Japan has a mission to share its knowledge and experience with our partner countries facing the same waters…in defiance of swelling waves,” according to the JCG’s 2016 annual report. The not-so-coded reference to increasing Chinese pressure was no doubt a welcome message to Southeast Asian law-enforcement agencies facing an overwhelming challenge with limited means. But in developing its contribution to regional security, Japan has implemented changes that stretch, but still preserve, established institutional parameters. The result is an approach that supports a status quo plus in regional seas, one that privileges Japan’s long-standing goal of maintaining free and open seas through enhanced maritime law enforcement. When it comes to maritime security capacity building, both Japan’s institutional and political contexts militate against unilateralism or militarism, even as the strategic reality at sea puts new pressures on the MoD and JSDF. Japan’s future will no doubt look very different from its recent past. But it will likely reflect, not reject, the established institutional patterns of Tokyo’s postwar maritime engagement in Asia.

Kerry Lynn Nankivell is a Professor at the Daniel K. Inouye Asia-Pacific Center for Security Studies (DKI APCSS) in Honolulu. The views expressed are those of the author alone and do not represent the official policy of the DKI APCSS, the U.S. Department of Defense, or the U.S. government.

Banner Image: © Ted Aljibe/AFP/Getty Images. Philippine and Japan Coast Guard personnel are seen aboard a boat during their annual joint anti-piracy exercise in the waters off Manila Bay, July 13, 2016.