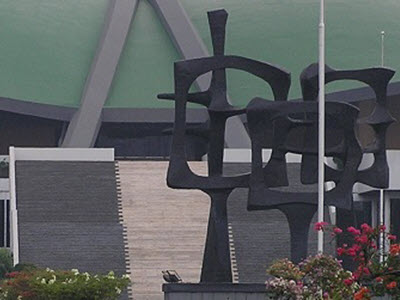 This Country Profile for Indonesia is from the Maritime Awareness Project.

The waters of the Natuna region are extremely rich in fish-stocks and the Indonesian Natuna Islands administration claims that the regional fisheries sector could produce 1.24 million tons of fish per year. These waters are regularly trawled by Indonesian as well as foreign fishing boats, which has led to a number of incidents over the years between Indonesian maritime patrols and foreign fishermen.

In addition to the abundance of marine life, the Natuna region contains notable oil and natural gas reserves. At the edge of the EEZ generated by the Natuna Islands lies the East Natuna gas field, containing one of the world’s largest untapped gas reserves. Indonesia is a major producer of natural gas, being the world’s biggest exporter of liquefied natural gas, which provides a significant contribution to the country’s GDP and government revenue. As such, various oil companies, including Indonesia’s state-owned PT Pertamina, have agreed to develop the East Natuna field, with plans to begin production by 2020.

Indonesia maintains that it is not a claimant to the sovereignty disputes in the South China Sea. Instead, it has maintained a neutral position within ASEAN and sees itself as an “honest broker” or “facilitator” between claimants. Even though China does not contest sovereignty over the Natunas, a group of islands in the South China Sea that Indonesia administers, China’s nine-dash line overlaps Indonesia’s proclaimed exclusive economic zone (EEZ) extending from these islands.

The Natunas, a sprawling archipelago of islands about 400 miles northeast of Sumatra in the South China Sea, have been administrated for years as a part of the Riau Islands Province of Indonesia. These islands became the subject of dispute in 1993 when Beijing published a map claiming rights to a gas field north of the islands but within Indonesia’s EEZ, which Indonesia in turn rejected. China renounced its claims on the Natuna Islands in 1995, but not its claim on the gas field, meaning there are no land features within this island chain that can be used as a basis to legally claim the surrounding waters according to the United Nations Convention on the Law of the Sea.

China’s maps of the region containing the nine-dash line include the waters to the north of the Natunas, which Indonesia insists overlaps with part of its EEZ. Indonesia does not officially acknowledge this dispute with China, although since 2010 it has rejected the legitimacy of the nine-dash line and sought clarification of it through the United Nations. Recently President Joko Widodo has even come out against the legality of the nine-dash line, claiming that it has no basis under international law. This has all occurred against a backdrop of Chinese naval vessels sailing through Indonesian waters around the Natuna Islands.

“[W]e are not a claimant state. The claimant states in [the] dispute have been well defined over the years. The South China Sea is the most obvious example of the need to manage potential for conflict in our region.”

“We’re hoping for diplomatic solutions and, if necessary, Indonesia stands ready to play an intermediary role….I refuse to accept a military solution.”

“We don’t want to see any power projection in this area. We would like a peaceful solution by promoting dialogue. The nine-dash line is a problem we are facing, but not only us. It also directly (impacts) the interests of Malaysia, Brunei, Vietnam and the Philippines.”

“Indonesia calls on all parties to exercise self-restraint and to refrain from any action that could escalate tensions.”

– Ministry of Foreign Affairs statement, in anticipation of 2016 arbitration ruling

1993: Indonesia rejected a map presented by China during the Surabaya workshop on the Spratly Islands. The map shows “historic claims” that encompassed a portion of Indonesia’s EEZ northeast of the Natuna Islands.

1995: China recognized Indonesia’s sovereignty over the Natunas but does not drop its claim to the gas field in the surrounding waters.

2002: Largely influenced by Indonesia’s ongoing role as a facilitator, ASEAN members and China agreed to the DoC.

November 2014: Indonesia proposed the establishment of search and rescue exercises as well as hotlines for maritime emergencies among claimant states in order to build trust and confidence and as an early priority for the ASEAN code of conduct negotiations .

March 2016: The China Coast Guard interfered with attempts by Indonesia to arrest a Chinese fishing vessel near the Natunas, leading Indonesia to issue an official protest through a diplomatic note to China.

July 2017: An Indonesian naval vessel fires on and wounds four Vietnamese fishermen in an area north of the Natuna Islands.