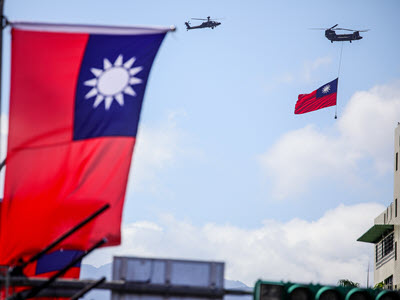 In Defense of Strategic Ambiguity in the Taiwan Strait

Steven Goldstein argues that a policy of strategic ambiguity in the Taiwan Strait serves two essential U.S. national interests—sustaining a peaceful status quo and maintaining working relationships with both China and Taiwan.

In response to recent Chinese actions in the Taiwan Strait, some analysts have questioned the appropriateness of the U.S. policy of “strategic ambiguity,” which proposes a conditional response to secure U.S. interests in the event of a crisis in the area. They instead have proposed a policy of “strategic clarity,” which would pledge Washington’s support for Taiwan in the event of a conflict with the mainland. However, such a change would not serve the two essential national interests of the United States in the area—sustaining a peaceful status quo and maintaining working relationships with both China and Taiwan.

On the face of it, these objectives appear to be irreconcilable. China and Taiwan are locked in a seemingly unresolvable conflict. Beijing claims that the island is a part of the sovereign state of the People’s Republic of China (PRC), and Taipei maintains that its government, the Republic of China (ROC), is itself an independent, sovereign state. Both sides are frustrated by the present status quo. Successful incorporation of Taiwan eludes the PRC, and sovereign recognition in the international system eludes the ROC.

Still, until the cross-strait conflict can be resolved, maintenance of this status quo of mutual frustration forms the very tenuous foundation of peace in the region and, as such, imperfectly serves an objective of U.S. policy. Yet, at the same time, the interests of the United States require that it maintain working relationships with each side in order to preserve the peace and pursue broader interests in the Pacific.

Two concepts have provided the policy basis for the achievement of these objectives by the United States—and both are frequently misunderstood. The first is the “one-China policy.” This policy is often confused with the Chinese “one-China principle,” which contends that Taiwan is an inseparable part of China. The one-China policy of the United States, on the one hand, acknowledges that the PRC is the only government of “China” and, on the other, relegates the government in Taiwan to an entity without sovereign status in the international system or in its relations with the United States. However, this policy is not only about relations with the PRC. Part and parcel of the one-China policy are the stipulations found in the Taiwan Relations Act passed by Congress in 1979 and other documents that provide for extensive “unofficial” trade, political, and strategic relations with Taiwan as well as the option for Congress and the president to act in the event of a threat to the island’s security. Thus, the one-China policy is more than just the basis for U.S. policy toward the PRC. It also defines the U.S. relationship with Taiwan. As such, implicit in the policy is consideration of the impact of the the relationship with one side on the relationship with the other, given that relations with both sides are essential to securing U.S. interests.

“Strictly speaking, strategic ambiguity…. is about providing conditional clarity regarding the circumstances under which intervention by the United States would be appropriate.”

This is where the second concept of strategic ambiguity figures into the relationship between Washington and both sides of the Taiwan Strait. Strictly speaking, strategic ambiguity is not about whether the United States would intervene should either side upset the present status quo by initiating a cross-strait conflict, as is commonly assumed. Instead, it is about providing conditional clarity regarding the circumstances under which intervention by the United States would be appropriate. It creates a type of “dual deterrence” in which both sides are deterred from endangering the status quo by the possibility of U.S. intervention while at the same time being assured that the other side will not unilaterally seek to change the status quo. Thus, Taiwan is deterred from upsetting the status quo with the assurance that it will be supported only in the event of an unprovoked attack from the mainland. At the same time, the mainland is deterred from unilaterally changing the status quo by the possibility of U.S. intervention, even as it is assured by the conditions created by U.S. support for Taiwan.

In short, strategic clarity would not serve but rather endanger the two vital interests of the United States in the Taiwan Strait. This is because, on the one hand, it might entangle the United States in an unwanted cross-strait conflict if independence supporters in Taiwan were to provoke the mainland with the apparent assurance of U.S. backing. On the other, strategic clarity not only would spark an immediate and dangerous heightening of tensions in the area but also would likely poison any future relationship between the United States and China by confirming Beijing’s suspicion that the objective of U.S. policy in the region is to permanently detach Taiwan from the mainland. For these reasons, absent a negotiated settlement between the mainland and Taiwan, continuing the policy of strategic ambiguity will best serve the interests of the United States.

Steven M. Goldstein is Director of the Taiwan Studies Workshop at the Fairbank Center for Chinese Politics at Harvard University.

Kylie Del Rosario, an intern at NBR, contributed to the editing of this commentary.