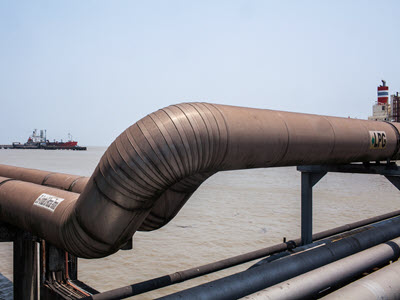 Exploring the Future of Natural Gas in South Asia

NBR, in collaboration with the Energy Futures Initiative, held a two-day virtual workshop in January exploring the role of natural gas in helping South Asia improve energy access and achieve its targets for a low-carbon future. As part of this joint project, Kylie Del Rosario spoke with Ieda Gomes, a senior visiting research fellow at the Oxford Institute for Energy Studies, regarding the role of natural gas in South Asia’s future. Ms. Gomes discusses the increasing demand for natural gas in regional economies across various sectors and the barriers that are slowing the transition from coal to natural gas.

What role does natural gas play in South Asia’s power mix, and how might its use differ across sectors?

In South Asia, natural gas is predominantly consumed in the power and industrial sectors. In India, gas is largely used by fertilizer and power plants. In 2020, it accounted for only 4.5% of electricity generation, whereas coal represented 72%. By contrast, gas accounted for 71.8% of the electricity generation in Bangladesh, while coal represented only 4.2%. In Pakistan, coal and natural gas accounted, respectively, for 16% and 31% of the electricity generated in fiscal year 2019–20. In Pakistan and Bangladesh, there is also significant demand for gas in the residential, commercial, and transportation sectors.

In the early 2000s, the abundance of low-priced domestic gas in South Asia was an engine to industrialize and build export-orientated economies. As domestic production started dwindling, the government in those countries implemented gas allocation policies, with priority given to residential, fertilizer, and power users. But the allocation mechanism was not enough to guarantee domestic gas supplies to those priority users (in particular, the power sector), resulting in load shedding and extensive use of backup diesel generators. In order to mitigate these problems, India, Pakistan, and Bangladesh all built infrastructure for liquefied natural gas (LNG) imports, combined with gradual pricing reform policies. Pakistan and Bangladesh also developed plans to build additional coal-fired power plants, most financed by China’s Belt and Road Initiative (BRI), as an alternative to gas.

An increasing number of governments, development institutions, and export credit agencies have been limiting or banning financing for fossil fuel projects, despite rising demand for natural gas in many economies. Which stakeholders are projected to continue financing gas projects to fill the growing investment gap?

The United Kingdom has stated that it will end direct support for fossil fuel projects overseas “with very limited exceptions,” though the UK Export Finance will continue to consider applications for support in the oil and gas sectors. Many financial institutions and multilateral development banks are no longer funding coal projects, and in 2019 the World Bank stopped financing upstream oil and gas. However, there is still funding available from World Bank institutions for midstream, LNG, and gas-fired power projects. The World Bank recently published its Climate Change Plan 2021–2025, which states that the extraction and use of coal and peat are not aligned with the plan, but that natural gas remains an option to meet urgent demand.

At the same time, financing is still available for fossil fuels from local government-owned banks and through China’s BRI. South Asia is regarded as a priority area of BRI due to its strategic location, with four subprojects dedicated to the region. One of these projects is the China-Pakistan Economic Corridor, which encompasses the construction of transportation infrastructure, 16 priority energy projects, and 29 industrial parks.

Securing natural gas supplies is only one step in meeting South Asia’s rising energy demand. Transporting the gas remains a challenge and will require the transborder construction of pipelines, such as the Russia-Pakistan pipeline project. What progress has been made on this effort to scale up pipeline capacity and what are the likely outcomes?

In July 2021 the governments of Pakistan and Russia reached a preliminary agreement on the construction of the Pakistan Stream Pipeline—a 1,122-kilometer pipeline to bring LNG from the import terminals in southern Pakistan to the northern province of Punjab. Russia is interested in supplying LNG to feed the pipeline. Under the agreement Pakistan would hold 74% ownership of the project, while Russia would own the remaining 26%.

The project was conceived in 2015 but did not move forward initially due to U.S. sanctions on Russian developer ROSTEC as well as a lack of agreement on the pipeline fees. Due to ROSTEC situation, Russia decided to create a special purpose vehicle. The three Russian entities involved will have options to move out of the project if it is not found feasible or to increase their stake up to 49% if they can provide financing on terms that are acceptable to Pakistan. On the Pakistani side, there is a plan to borrow against the Gas Infrastructure Development Cess, which is a levy charged to industrial gas consumers to finance infrastructure projects.

The pipeline is currently expected to be completed in 2023. This timeline, however, seems too ambitious given the size of the project, now estimated to cost $2.5 billion, and the looming questions of financing and ownership.

In addition to regional pipeline challenges, countries also face domestic regulatory barriers. This is particularly the case for India. What are the administrative and regulatory challenges to interstate pipelines in India, and how might the central and state governments solve them?

India plans to spend around $10 billion on the expansion of its natural gas pipeline network across the country, but several hurdles remain. One hurdle is that because gas pipelines are not classified as key infrastructure projects, backers are unable to finance them from pension funds and other qualified funds. Another obstacle is that the regulation of petroleum and natural gas falls under the jurisdiction of the federal government, while state governments are responsible for issuing permits, including for right of way. Resistance regarding land acquisition and public misgivings about the safety of gas pipelines further delay gas projects.

Given the increasing push to reduce carbon emissions and deploy clean sources of energy, what is the outlook for natural gas over the next ten years compared with other technologies or fuel options, such as green hydrogen? How might these cleaner alternatives affect the asset values of gas?

India, Pakistan, and Bangladesh are increasingly dependent on LNG imports because domestic production has not increased in line with the growth of consumption. For example, in India, natural gas consumption only grew by 0.3% in 2020–19, whereas domestic gas production dropped by 11.9% due to depletion of resources and insufficient pricing policies. As a result, India needed to import 35.8 billion cubic meters of LNG. In Pakistan and Bangladesh, domestic production and consumption decreased, requiring both countries to turn to LNG imports to make up for the shortfall.

In 2020, international LNG prices dropped to as low as $2 per million British thermal units (mmBtu), leading to cheap imports. However, in 2021, spot prices have increased to as high as $14 per mmBtu, putting additional pressure on the finances of all three countries. Therefore, it makes economic and environmental sense for the countries to reduce their energy imports by investing in renewable energy.

At the current pace a significant deployment of green hydrogen in South Asia seems unlikely over the next eight to ten years, as green hydrogen is still expensive and lacks global scale. It will probably be first tested and scaled up in Europe. Yet countries across South Asia are still pursuing hydrogen as an option. Given that India, Pakistan, and Bangladesh are net gas importers, it would make more sense for them to develop green hydrogen rather than blue hydrogen projects (which involve natural gas reforming and carbon capture).

India, in particular, is stepping up its ambition on hydrogen. In early 2021 the government announced the “National Hydrogen Mission in the Union Budget 2021.” According to India’s The Energy Resources Institute (TERI), green hydrogen could be competitive with fossil fuel for some applications by 2030. In order to develop a hydrogen economy, TERI advocates for investment in R&D, demonstration and commercialization in key sectors, infrastructure and incentives, optimization of the deployment of hydrogen from a systemic perspective, and international partnerships and funding. As is happening in Europe, the government would need to pledge funding for pilot projects and start conversations with European partners to support such projects.

Ieda Gomes is a Senior Visiting Research Fellow at the Oxford Institute for Energy Studies.

This interview was conducted by Kylie Del Rosario, an intern with the Energy and Environmental Affairs group at NBR.