This chapter investigates Europe’s role in and responses to U.S.-China competition and assesses whether great-power competition for influence is fostering greater European unity and policies that put European interests first.

U.S. and Chinese pressure on Europe to choose sides and become a great-power dependent have encouraged it to move toward greater unity across a wide spectrum of issues, ranging from trade and industrial policy to Indo-Pacific security and defense. High levels of popular support for the EU have strengthened efforts to carve out an independent position that allows the EU to cooperate with both Washington and Beijing. European policies are increasingly based on interests rather than values, enabling Europe to accommodate the rise of authoritarianism. Putting European interests first also facilitates the diversification of the region’s partners. A more self-reliant, interest-based Europe could contribute to international stability by motivating the U.S. and China to be more willing to compromise.

Liselotte Odgaard is a Senior Fellow at the Hudson Institute in Washington, D.C. 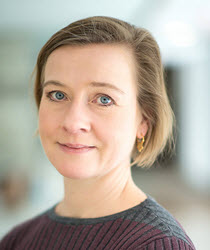