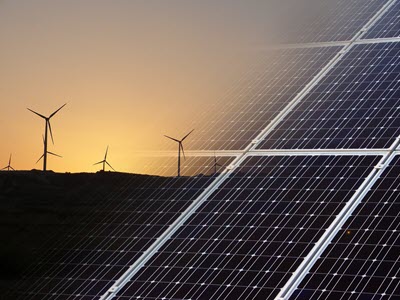 James Bowen argues that clean energy cooperation would be a win for both the climate and stability of the long-standing Indo-Pacific order and urges the United States and other advanced regional economies to revive the spirit of common cause that followed past energy crises.

Ensuring a rapid global transition to clean energy systems is the overriding priority of international climate action. Cross-border cooperation in this space is critical, yet it has proved exceedingly difficult at the all-inclusive UN-led level. Smaller avenues of parallel activity could ultimately deliver more meaningful progress. Collaborative efforts that simultaneously allow space for the advancement of national economic and strategic positions are a prominent feature of current Indo-Pacific relations. They merit sustained commitment from the United States and its regional allies and partners, particularly at a time of upheaval in global energy markets.

Regional coordination of clean energy commitments is essential to breaking down barriers for four key reasons. First, many Indo-Pacific countries will struggle to meet their decarbonization goals without access to international trade in clean electricity and other clean energy carriers, such as hydrogen. Second, the changing economics of clean energy versus fossil fuels will reorder trade for some commodities and goods, with value-adding shifts to new low-cost markets. Third, clean energy systems generate a much higher demand for unevenly distributed “critical minerals”—such as lithium, cobalt, nickel, and rare earth minerals—than do hydrocarbon equivalents. Fourth, national clean energy transitions require mass deployment of novel technologies and infrastructure, which calls for significant external financial and technical assistance for developing economies.

Existing Indo-Pacific clean energy relationships are dominated by China. Chinese companies have leading positions in key areas, including solar and wind, high-voltage transmission lines, and electric vehicle manufacturing. Chinese interests additionally control the value chains of many critical minerals. China’s Belt and Road Initiative is reportedly also being retooled to provide more clean energy infrastructure finance.[2] These interventions have helped increase the availability and affordability of Indo-Pacific clean energy. Yet they have simultaneously consolidated China’s often problematic position at the center of regional affairs. There are unavoidable risks of Beijing weaponizing some interdependencies, as autocratic fossil fuel superpowers have done in the past.

The current clean energy engagement of the United States and its Indo-Pacific allies and partners is comparatively weak. In recent years, however, governments have begun to catch up, deploying a combination of strong domestic industrial policy and internationally coordinated geoeconomic instruments. This process could hasten regional decarbonization. It could also reinforce strategic alignments that are critical to managing broader geopolitical challenges.

Key U.S. regional ally Australia is prominently seeking to adapt its position as a purely fossil fuel–based energy superpower to new decarbonization realities. For instance, it has implemented domestic strategies to support the development of hydrogen and critical minerals. Australia has formed “low emission technology partnerships” with India, Singapore, Japan, and South Korea to foster joint financing and development of these prospects. The deal that Canberra struck with Seoul also looks to accelerate development of low emissions and potentially “green” iron ore and steel utilizing renewable inputs.[3] Australia has additional capacity to emerge as a major provider of direct renewable electricity to Asia. The privately funded Sun Cable consortium is already developing a 5,000-kilometer-long subsea transmission line connecting solar output in the north of the country to Singapore and other potential markets.[4]

Japan, meanwhile, has emerged as the dominant supply-side force in developing the Indo-Pacific hydrogen market. The government and businesses have worked in close concert and with foreign counterparts in countries such as Australia and Brunei to develop new supply chains and industry standards. Mirroring Tokyo’s past interventions in the liquefied natural gas (LNG) market, its hydrogen efforts should aid Japan’s own energy transition as well as that of other Indo-Pacific countries. The Japan Bank for International Cooperation has, for example, designated hydrogen an “essential resource” to increase self-sufficiency and lower carbon emissions.[5] This could pave the way for future involvement in developing regions such as Southeast Asia. Japanese investment in new infrastructure and technical assistance on policy formation could enhance mutual energy security and economic development.

Like Japan, South Korea is a major regional hydrogen player. It seeks to become not only a major consumer but a major supplier of fuel cells and vehicles that might see growing market share alongside battery electric vehicles in coming years. Both Northeast Asian nations have ample opportunities to broaden their clean energy interactions with less advanced Indo-Pacific nations. This is evident in a recent $9 billion agreement between an LG-led Korean consortium and Indonesian partners on development of a “mine-to-manufacturing” electric vehicle project. Seoul and Jakarta have a memorandum of understanding in place to help foster more of the same type of activity.[6]

The potential game-changer for Indo-Pacific clean energy cooperation is undoubtedly India. No other regional economy has the potential to play anywhere near the role that China has in areas such as large-scale technology manufacturing and provision of cross-border energy supplies. National officials are cognizant of this potential, as revealed by India’s National Hydrogen Mission released in 2021, which aims to transform the country into a global hub for fuel production and export.[7] India has also taken tentative steps toward embracing the type of economic openness that will be necessary to fulfill its potential in the clean energy space. One of the headline provisions of the trade agreement New Delhi signed with Canberra earlier in 2022—its first with an advanced economy for more than a decade—was increased access to Australian critical minerals.[8]

The United States is already playing an important role in supporting Indo-Pacific clean energy cooperation. In December 2021, for example, the International Development Finance Corporation announced that it would lend $500 million to a U.S. firm building a solar panel factory in India.[9] Washington has also taken a notable interest in shoring up regional production of critical minerals. In March 2022, U.S. commerce secretary Gina Raimondo committed to rule changes that would allow U.S. export finance agencies to help fund the development of Australian projects in this area.[10] U.S. regional infrastructure provision is likewise set to take on a greener hue following President Joe Biden’s request in late 2021 that government agencies stop funding foreign carbon-intensive projects.[11]

The most meaningful attempt to coordinate regional clean energy efforts has come through the Quad grouping of the United States, Japan, India, and Australia, which has made engagement on these issues a priority of outreach to developing economies in the Indo-Pacific. Australia will take an important step in advancing this process when it partners with the International Energy Agency (IEA) to host the Indo-Pacific Clean Energy Supply Chain Forum in July. This meeting will ideally provide a comprehensive assessment of activity to date and help identify future policy priorities for key parties.

Chinese interests are likely to fight any efforts to break Beijing’s control of clean energy positions. There is evidence of this already occurring in the recent merger of three large mining conglomerates to create the China Rare Earth Group,[12] which aims to reassert and even grow Chinese state control over production and processing activity. The result could be value chains that increasingly focus on servicing domestic demand and concurrently diminish international access.

Attempted clean energy uncoupling from China that goes too hard and too fast could simultaneously jeopardize critical inputs to systems before alternatives are widely available. This could frustrate the regional energy transition and the broader processes of strategic integration that flow from it.

The bigger contemporary challenge is that Indo-Pacific clean energy progress might be derailed by the geopolitics of the old hydrocarbon economy. Russia’s war in Ukraine has improved the resolve of supporters of the U.S.-led international order and accelerated European desire to transition away from dependence on Russian energy and fossil fuels in aggregate. Yet a combination of severe short-term energy shortages and domestic price pressures have simultaneously revived support for non-Russian fossil fuel interests elsewhere, particularly in the United States. The U.S. Export-Import Bank has, for example, approved new financing arrangements for export LNG terminals.[13]

There is a need to ensure that short-term geopolitical exigencies do not derail longer-term imperatives, not least in the Indo-Pacific. Indeed, there is an even more pressing requirement for the United States and its partners to cooperate on meeting regional decarbonization needs than existed prior to the Ukraine invasion. Such cooperation is now also critical to heading off any attempts by Russia to transfer its European fossil fuel interdependencies to the energy-hungry Indo-Pacific economies. This would be a disaster for not only the climate but the future geopolitical orientation of the region.

The United States and other advanced regional economies should revive the spirit of common cause that followed past energy crises. The legacy of the 1973 Arab oil embargo, most notably, included formation of the IEA and its various commitments to collective energy security. Washington and its allies should in turn recognize the new realities of the growing decarbonization imperative and the shift of global energy interactions to the Indo-Pacific. They should commit sustained resources to working alongside one another and with regional partners to connect clean energy needs and abilities.

The Biden administration’s Indo-Pacific Economic Framework would be an ideal instrument for shepherding progress. Regional interlocutors have already expressed strong interest in the new framework’s potential offerings in this space.[14] Seizing on the imperative for clean energy cooperation would be a win for both the climate and stability of the long-standing Indo-Pacific order.

James Bowen is a Policy Fellow at the Perth USAsia Centre.

[4] More information on the project is available at https://aapowerlink.sg.