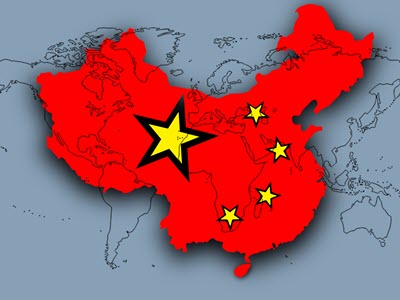 Elizabeth Economy on Her Book The World According to China

In this episode of NBR’s Asia Insight, Alison Szalwinski, NBR vice president of research, hosts a discussion with Elizabeth Economy and guest interviewer Jessica Teets. The discussion focuses on Dr. Economy’s new book The World According to China.

Elizabeth Economy is a senior fellow at the Hoover Institution at Stanford University and was previously senior fellow for China studies at the Council on Foreign Relations. She is currently on leave from her position at the Hoover Institution and is serving as a senior adviser to the U.S. Department of Commerce. The views expressed in the podcast and her book are her personal views and do not represent the views of the U.S. government or the Commerce Department.

[2:40] “Could you describe how the [Chinese Communist Party] state system delivers both the strengths and weaknesses of the foreign policy. Are there any changes we might expect to this system to improve it?”

[11:47] “You’re talking about these externalities, or where the goals of the Chinese [Belt and Road] projects aren’t meeting what the domestic goals are of the country that’s hosting it. I also wonder if there’s growing distrust of the motivations behind these projects.”

[17:20] “You seem to be making this argument that not only is there a change in foreign policy in the goal of reordering the current world order but also in the methods.”

[26:58] “Are there any [foreign policy communities inside of China] that are offering alternative ways forward or is…the policy that you describe as Xi Jinping’s the only foreign policy that is really being thought about?”

[34:05] “Are there specific things that can be done to increase those costs [to China] so that [Taiwan] reunification would be negotiated versus just imposed?”

[39:26] “When you end the book you talk about a situation where the world sort of splits into two ecosystems. Is there any role for people-to-people engagement?”