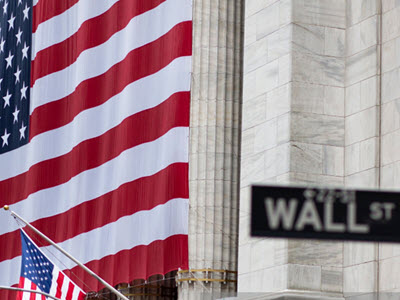 Charles W. Boustany Jr. explores the conditions that enabled U.S. policymakers to provide leadership and effective policies in response to the economic devastation after World War II and how those conditions differ from the current crisis. He offers some insights into the challenges to U.S. global leadership for policymakers to consider in response to the Covid-19 pandemic.

The Covid-19 pandemic has unleashed a complex, multidimensional global crisis with long-term implications for public health, economic security, political stability, and international relations. Unlike other crises, such as natural disasters, the impact of the pandemic is indefinite. Until curative therapy and an effective vaccine are available, its duration will be defined by the time and measures needed to control the spread of the virus. The possibility of a resurgence of cases after initial control remains a grave concern, along with the threat of mutation and seasonal recurrence. As a result, ongoing disruptions in commerce, supply chains, transportation, cross-border travel, and international trade, all resulting from necessary measures undertaken to control the contagion, may very well alter or accelerate shifts in the balance of power among nations, with important implications for U.S. global leadership.

This essay will explore the conditions that enabled U.S. policymakers to provide leadership and effective policies in response to the economic devastation after World War II and how those conditions differ from the current crisis. It will then offer some insights into the challenges to U.S. global leadership for policymakers to consider in response to the Covid-19 pandemic.

The dramatic disruption to worldwide economic activity and trade is being driven by a sudden decline in production, services, and consumption in response to the pandemic. This collapse of both supply and demand raises important questions about the nature of economic recovery once the pandemic is controlled, including how the origin, timing, and trajectory of the recovery might affect the restoration of global value chains, trade, and ultimately the balance of economic power. The relative responses of nations, especially the major economic powers, will influence the transition from the preceding strategic context to a post-pandemic one.

The economic devastation that followed the two world wars is a useful historical example to consider. At the end of World War II, the international economy faced a similar collapse in production and consumption, with the important exception of the United States.[1] The United States emerged from the war with its immense production capacity and infrastructure intact. The problem of devastated European economies and the lack of policy coordination threatened prolonged misery on the continent and seemingly unending requests for U.S. aid. The international order that emerged after 1945 resulted in no small part from U.S. foreign and economic policies. These policies aligned private-sector interests, all consonant with U.S. strategic objectives, to catalyze both supply and demand, leading to recovery and unprecedented economic growth in North America, Europe, and Asia.[2] Of equal importance, the United States used its advantage and economic power to lead the development of a rules-based liberal order with lower tariffs and rising economic interdependence that sustained that growth.[3]

While it is important to consider such historical examples, the current situation is quite different from what happened after World War II in several ways that highlight risks for the United States.

First, the Covid-19 pandemic is occurring at a time when economic cooperation among nations has frayed dangerously. Since 2017, there have been 2,723 new trade measures effectively distorting 40% of world trade through November 2019. This trend has accelerated each year since 2017.[4] During this same period, the United States has increasingly embraced policies to decouple from China without support from allies, while targeting these same allies with tariffs. This economic nationalism has harmed relations with other democratic countries and eroded the United States’ legitimacy to lead a cooperative international response to the Covid-19 crisis, which may indeed harm its own domestic response. Rather than developing a strategic response to Chinese economic policy, such as partial disengagement, and working with allies to address vulnerabilities, the United States has resorted to reactionary tactics that are a stark departure from the principles underlying the past 75 years of U.S. grand strategy.[5]

Second, although all major industrialized countries, including the United States, are experiencing profound negative economic impact in this crisis, the timing and scope of that impact vary according to the date of the onset and the level of response. The United States is currently experiencing an acceleration of the Covid-19 outbreak and worsening economic conditions, whereas China has seemingly controlled the outbreak and appears to be resuming economic activity, according to public reporting. This variance in timing has created an opening for China to embark on an aggressive campaign of public health diplomacy by providing medical assistance and services to other countries, while the United States continues to grapple with worsening public health and economic conditions. In the absence of another uncontrolled outbreak in China, the Chinese economy may recover in advance of the United States. If Beijing is successful in its attempt at public health diplomacy and is perceived as providing international leadership, the advantage of an earlier economic recovery could put China in a position to realign supply chains and trade flows on its terms. Most countries, including the United States, are imposing export restrictions on medical supplies while temporarily removing tariffs and import licensing requirements.[6] These conditions will likely diminish the role of U.S. leadership while creating an advantage for China. Policymakers in the United States should not assume that Chinese efforts to provide assistance will be ineffective or poorly received by other governments.

Third, the United States and China both entered the crisis with domestic economic challenges. At the end of 2019, the United States had its highest ratio of debt to GDP since 1947.[7] Stimulus spending since the onset of the crisis is nearing $3 trillion, in addition to measures taken by the Federal Reserve. The federal government will likely need to allocate further funding in support of the pandemic response, unemployed Americans, shuttered businesses, and state and local governments. This public health and economic crisis could precipitate a fiscal crisis. The Chinese government entered the outbreak struggling with overcapacity and slowing economic growth, while dealing with deleveraging of debt. How these factors affect the trajectory of the economic recoveries in the two countries will have an impact on their respective foreign policies. Prior to the crisis, the United States was embracing economic nationalism and protectionism. The crisis may hasten these insular policies, driving Washington to further retreat from international leadership. China, on the other hand, will likely not retreat from ambitious initiatives like the Belt and Road Initiative, though the types of projects undertaken may change. Instead of very expensive infrastructure projects, the country may pivot to expanding on current diplomacy to help other countries build greater public health resilience as an element of BRI. It also seems likely that China will continue including digital infrastructure in BRI for strategic purposes.

Finally, in contrast with the United States, China entered the current crisis with a foreign economic policy closely integrated with other elements of its grand strategy. Washington should not assume that Chinese efforts to implement this strategy will fall short. Too many uncertainties lie ahead given the magnitude of the crisis. The relative success of the two powers will depend on the effectiveness of their responses, their adaptability, and their implementation of a coherent strategy to successfully navigate the shifting geopolitical terrain. Despite being consumed with the immediate challenges posed by the Covid-19 pandemic, planners in Washington urgently need to understand the geopolitical and economic consequences of this multidimensional crisis and create a strategy to maintain U.S. leadership during the transition to a post-pandemic world.

Charles W. Boustany Jr. is a Counselor at the National Bureau of Asian Research. Congressman Boustany retired from the U.S. Congress after serving from 2005 to 2017. He is the co-author, along with Aaron L. Friedberg, of the NBR Special Report “Partial Disengagement: A New U.S. Strategy for Economic Competition with China” (2019).

[6] A running tabulation of measures taken by countries in response to Covid-19 is available from the World Trade Organization at https://www.wto.org/english/tratop_e/covid19_e/covid19_e.htm.