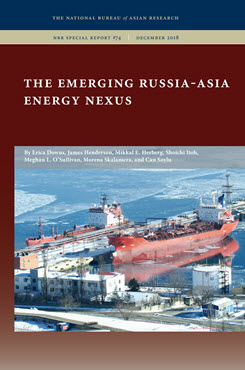 China-Russia Energy Relations: Better Than Ever

This essay examines the factors that have contributed to the deepening of the China-Russia energy relationship since 2008 and draws implications for the U.S.

The China-Russia energy relationship is more robust than it has been at any other time over the past decade. Russia’s crude oil exports to China more than quintupled between 2008 and 2017, with the country displacing Saudi Arabia as China’s top crude supplier in 2016. Meanwhile, Russia is poised to become a major supplier of natural gas to China within the next decade as new export projects commence operations and ramp up to full capacity. The primary driver of the deepening bilateral energy relationship has been the strategic provision of capital by Chinese financial institutions to Russian energy companies both to secure large-volume, long-term contracts for oil and natural gas supplies and to develop the infrastructure to deliver them to China. These institutions provided this support not only to enhance China’s energy security by diversifying its oil and natural gas suppliers and import routes but also to advance other national objectives, such as transforming the country into an advanced manufacturing superpower and gaining access to Arctic shipping routes. A secondary driver of the deepening energy relationship is the emergence of new Chinese crude importers.

Erica Downs is a Senior Research Scientist in the China Studies Program of CNA. She is also a Nonresident Fellow at the Center on Global Energy Policy at the Columbia University School of International and Public Affairs.

NOTE: This essay reflects the author’s own views and not those of the institutions with which she is affiliated.