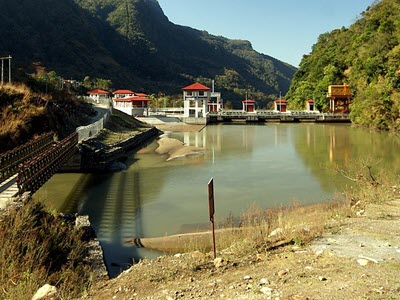 Deepak Rauniar explains why the development of hydropower can not only provide a clean source of energy for Nepal but also support and expedite general development of the region.

Nepal is blessed with extraordinary water endowments in the form of snow cover, rivers, springs, lakes, and groundwater. However, its most important water resources are the over 6,000 rivers and rivulets across the country. They not only provide a reliable source of water for different purposes but, together with the steep topography of the country, also offer significant opportunities for hydropower generation.

The technical and economically feasible hydropower potential of Nepal has been estimated at 83,000 and 42,000 megawatts (MW), respectively.[1] Though hydropower development started in 1911, it progressed slowly. By 2005, Nepal had developed only 557 MW due to the absence of private-sector engagement, political considerations, and overwhelming dependency on external financing.[2] Around this time, Nepal went through an acute power crisis that lasted nearly a decade. Much of its hydropower capacity was reliant on run-of-river hydropower plants, and with fluctuating seasonal river discharges and increasing energy demand from rapid urbanization, the nation was forced to ration energy.

This crisis made it evident that the construction and commissioning of hydropower projects was the call of the hour, and a more measured approach was needed to carefully plan and develop both projects and policy to benefit the Nepali citizens. Distribution was another key challenge. The last decade has witnessed rapid development under the stewardship of the private sector. The generation capacity has surpassed 2,000 MW and is expected to reach 7,300 MW by 2025.[3]

Hydropower development is thus increasingly important. It presents an opportunity not only to provide a significant source of clean power for Nepal and neighboring countries but also to bridge domestic economic disparities. The next section will examine these disparities, followed by a discussion of how hydropower can address these and other challenges for Nepal.

A TALE OF REGIONAL DISPARITY

Bordering India and China, Nepal is roughly rectangular in shape, with a length of 550 miles and an average width of 80 miles. The total area is 56,956 square miles in which around 29 million people live. Politically, it is a federal democracy divided into 7 provinces and 77 districts. If Nepal is divided into three more or less equal blocks, delineated by district boundary of provinces and named in turn as the eastern, central, and western regions, this division yields insights into the regional inequality, uneven progress, and hardship.

Important indicators such as Human Development Index, measured against the number of academic institutions offering graduate-level education (11%) and total graduate population (7%); industrial base, measured against the number of industries (2%), total investment (8%), and foreign investment (10%); and contribution to the national GDP (10%) remain marginal in the western region. It also has only 2% of the reinforced concrete cement houses in the country, compared with 24% in the eastern region and 74% in the central region.[7] The majority cannot afford to build proper houses and instead live in mud-bonded bricks or stone houses.

The western region has remained mostly disconnected from the rest of the country. Many villages were inaccessible for decades as road networks remained undeveloped. The people’s war of the Maoist Party, which took place from 1996 to 2006 and had its origin and base in this region, exacerbated this issue. The party was able to build its support from the remote villages of the region that remained deprived of economic development and subjected to general hardship across generations in the lack of development. More than 17,000 Nepalis lost their lives in the war, crippling the country and, as a result, delaying further development by many years. Only after 2003 did the region start to see some progress on road development. Today, the western region still lags far behind other regions, with 7,426 kilometers of local road networks (compared with 17,861 km and 34,875 km in the eastern and central regions, respectively).[8]

From the above baseline, it is clear that economic hardships persist, and progress has been uneven among the different parts of Nepal. The objective conditions like poor levels of development, fueled by a creeping sense of inequality, deprivation, and neglect of the people, contributed to the rise of insurgency in the past and could do so again.

HYDROPOWER AS A CATALYST FOR DEVELOPMENT

Hydropower projects are unique infrastructure endeavors. They not only provide a clean source of energy but also can support and expedite general development of the region. Many projects are often remotely located and require roads, bridges, electricity, and housing, among other resources, to be first developed before the actual project construction. The local community and economy automatically enjoy the benefits from these developments. In many cases, these projects connect underdeveloped regions with the national road network, urban life, and national economy for the first time.

Currently, there are 124 projects in operation in Nepal, and another 244 projects have obtained licenses for construction. A study of nineteen hydropower projects between 5 MW and 456 MW by the author revealed that irrespective of size, a project contributed to the opening of up to 20 km of new accessible track.[9] On average, projects undertook efforts to build up to 40 km of local roads and one major bridge for the movement of people, construction material, and equipment.

Projects were commonly found to employ between one hundred and one thousand workers for a period of three to five years and constructed essential infrastructure for work, accommodation, and recreation. Moreover, as a part of benefit sharing, projects also contributed to building or strengthening local public infrastructure such as schools, health facilities, mini banks, and post offices, which created new jobs to provide services in each of these sectors.

Once construction ends, a hydropower project enters the operation phase in which it requires a new set of people to run and maintain the generation plant. These are mostly engineering jobs and are fewer in number. Modern technologies are increasingly allowing automation and remote monitoring and control of plant operations. Nevertheless, the projects are also creating opportunities to train some in the workforce to understand these new technologies and thereby transition from the more labor-intensive jobs they previously held. However, construction workers mostly get dispersed after the construction phase ends and absorbed in newer projects or other construction opportunities.

Given the difficult mountainous terrain that poses significant challenges because of the higher cost of development and the limited resources of the Nepali state, hydropower projects are proving to be a blessing. These have brought much-needed attention to many remote areas. If not for these projects, many areas would have remained poorly developed.

A WINDOW OF OPPORTUNITY

The western region produces just 59 MW (3%) of the total power generation in Nepal. Further, of the 7,853 MW of generation licenses that have been issued for construction, only 1,120 MW (14%) fall in this region.[10] The story of hydropower development is no different.

However, there exists a window of opportunity to lessen the disparity across Nepal. Of the 16,974 MW of feasibility licenses that have been issued, which reflect potential for development, 46% of the projects fall in the western region. The Babai, Karnali, and Mahakali river basins, in particular, offer amazing potential for hydropower development. With mega projects such as Karnali Chisapani Multipurpose (10,800 MW), Pancheshwar Multipurpose (5,040 MW), Mugu Karnali (1,902 MW), and Upper Karnali (900 MW), among many others, developing even one project could transform the region and put it on a steady path of growth. Further, given the western region’s proximity to the large Indian cities of Lucknow and Dehradun and the Indian capital of New Delhi, its importance for cross-border trade remains high.

To realize this potential, the Nepali government needs to adopt a national approach to hydropower development, which can bring multifaceted economic and social benefits. Accordingly, it should revisit its strategy to improve regional balance. Policy initiatives focused on greater project development in the west will not only deliver much-needed infrastructure to the region but also help to ensure peace and equality.

In particular, Nepal should encourage the private sector to undertake more hydropower projects in the western region by providing additional incentives in important areas related to project construction. These could include concessions in the tax rate, tenure, or both; ease of availability of loan and interest subsidies; power purchase agreements; and limited government guarantees for the protection and return of investment. Such policies promoting hydropower development in the western region will help address the regional disparities across the country.

[4] Data is available from the Central Bureau of Statistics (Nepal) at https://cbs.gov.np/population.

[5] Data is available from the Central Bureau of Statistics (Nepal) at https://cbs.gov.np/agriculture-forest.

[7] Data is available from the Central Bureau of Statistics (Nepal) at https://cbs.gov.np/social-statistics. See also Department of Roads (Nepal), “Strategic Road Network of Nepal,” 2018.

[9] Data is available from the Department of Electricity Development (Nepal) at https://www.doed.gov.np.