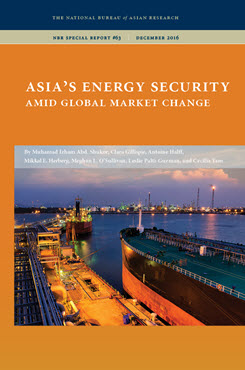 This essay examines the competitiveness of liquefied natural gas (LNG) in the fast-evolving Asian natural gas market and assesses key trends observed over the past two years, the demand response to a lower-price environment, and the implications of sustained competitive LNG prices for Asia’s long-term energy mix.

Current (and possibly sustained) low prices will stimulate renewed or new demand for LNG among Asia’s energy giants (China and India) and emerging importers in South and Southeast Asia, while tempering the decline in LNG demand in the more mature importers (Japan and South Korea). While prices are the most important driver of future Asian LNG demand, air pollution concerns—notably in major Asian cities—will provide a compelling motivation for countries to alter their energy mix by increasing LNG/gas use as an alternative to coal in power generation, partnering with renewables for use in creating “smarter cities,” and using LNG as an alternative to oil products in transportation.