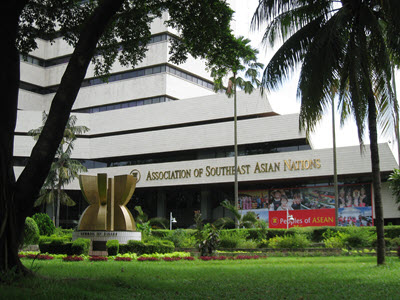 This Country Profile for the Association of Southeast Asian Nations (ASEAN) is from the Maritime Awareness Project.

The Association of Southeast Asian Nations (ASEAN) has called for a peaceful resolution of the territorial disputes in the South China Sea through direct negotiations among claimant parties and adherence to international law. The regional organization opposes the use of force or the threat of force by any claimant to advance its claims.

“We….emphasize the necessity to resolve all sovereignty and jurisdictional issues pertaining to the South China Sea by peaceful means, without resort to force; [and] urge all parties concerned to exercise restraint with the view to creating a positive climate for the eventual resolution of all disputes.”

“The Parties concerned reaffirm that the adoption of a code of conduct in the South China Sea would further promote peace and stability in the region and agree to work, on the basis of consensus, towards the eventual attainment of this objective.”

– ASEAN Declaration on the Conduct of Parties in the South China Sea, 2002

“The Ministers….encouraged the continued exercise of self-restraint by all the parties concerned and the promotion of confidence-building measures in this area and welcomed their commitment to resolving disputes in the South China Sea by peaceful means in conformity with the spirit of the DOC and recognized principles of international law, including the United Nations Convention on the Law of the Sea.”

“We believe that the Declaration has been effective in building mutual trust and confidence among the claimants in the area and in maintaining peace and stability in the region. We underscored the need to intensify efforts to move forward the implementation of the Declaration, including the early finalization of the Guidelines on the Implementation of the DOC. We looked forward to the eventual conclusion of a Regional Code of Conduct in the South China Sea.”

“The Meeting welcomed China’s enhanced cooperation with ASEAN in such priority areas as infrastructure, energy and resources, information and communication technology and other fields.”

“We… reaffirm also the importance of regional peace and stability, and freedom of navigation in and overflight above the South China Sea as provided for by universally recognized principles of international law, including the 1982 United Nations Convention on the Law of the Sea.”

– Joint Declaration of the ASEAN Defence Ministers on Strengthening Defence Cooperation of ASEAN in the Global Community to Face New Challenges, 2011

“ASEAN Foreign Ministers expressed their serious concerns over the on-going developments in the South China Sea, which have increased tensions in the area…They reaffirmed the importance of maintaining peace and stability, maritime security, freedom of navigation in and over -flight above the South China Sea.”

– ASEAN Foreign Ministers’ Statement on the Current Developments in the South China Sea, 2014

“We share the serious concerns expressed by some leaders on the land reclamation being undertaken in the South China Sea, which has eroded trust and confidence and may undermine peace, security and stability.”

“The Foreign Ministers of ASEAN Member States and the People’s Republic of China…reaffirm their respect for and commitment to the freedom of navigation in and overflight above the South China…[and] undertake to resolve their territorial and jurisdictional disputes by peaceful means, without resorting to the threat or use of force, through friendly consultations and negotiations by sovereign states directly concerned, in accordance with universally recognised principles of international law, including the 1982 UNCLOS.”

– Joint Statement of The Foreign Ministers of ASEAN Member States and China, 2016

February 1976: Treaty of Amity and Cooperation (TAC) in Southeast Asia was adopted by the ASEAN member states at the first ASEAN Summit, held in Bali, Indonesia. The TAC was designed to “promote perpetual peace, everlasting amity and cooperation among their peoples which would contribute to their strength, solidarity and closer relationship.”

July 1992: The ASEAN foreign ministers signed the ASEAN Declaration on the South China Sea during the 25th ASEAN Ministerial Meeting in Manila, the Philippines. The Declaration called for a peaceful resolution of disputes, the exercise of restraint by involved parties, and cooperation in areas of mutual interest.

November 2002: The foreign ministers of ASEAN and China, adopted the DoC at the 8th ASEAN Summit in Phnom Penh, Cambodia. The DoC reaffirms member states’ commitments to the peaceful settlement of disputes in accordance with international law, including the 1982 UNCLOS and the TAC.

October 2003: China formally joined the ASEAN TAC, signing the agreement during the ASEAN summit in Bali, Indonesia. China’s accession to the TAC upgraded China’s relationship with the regional organization to a strategic partnership.

July 2012: ASEAN foreign ministers issued a joint statement on Six-Point Principles on the South China Sea, which reiterated and reaffirmed the previous ASEAN agreements and called for continued self-restraint in the peaceful resolution of disputes.

October 2012: The governments of ASEAN member states and China reaffirmed the DoC, setting forth guidelines for actions in the South China Sea, as well as means of confidence-building.

November 2012: ASEAN and China issued a joint statement commemorating the tenth anniversary of the signing of the DOC.

November 2014: the 17th ASEAN-China Summit was held in Myanmar, where China pledged to make ASEAN a priority in the country’s neighborhood diplomacy.

November 2015: The U.S.-ASEAN relationship is elevated to a strategic partnership.

February 2016: ASEAN and the United States held the Special Leaders’ Summit—the first of its kind—in Sunnylands, California. The summit culminated in a joint statement on shared interests and areas of cooperation for the future.

ASEAN was established on August 8, 1967. Its founding document, the Bangkok Declaration, outlines the primary purposes of the organization as promotion of economic development, political cooperation, and regional stability. It explicitly states that regional peace and stability should be achieved through “abiding respect for justice and the rule of law in the relationship among countries of the region and adherence to the principle of the United Nations Charter.” Divergent perceptions of ASEAN’s appropriate role in the region’s legal disputes, as well as each state’s respective relationship with China, have prevented ASEAN from playing a larger role in shaping the South China Sea disputes. ASEAN operates by consensus, and when member states have conflicting interests—as they do in the South China Sea—the organization is able only to agree on a shallow common position.

ASEAN is composed of ten member countries: Brunei, Cambodia, Indonesia, Laos, Malaysia, Myanmar, the Philippines, Singapore, Thailand, and Vietnam. Several of its member states have on-going sovereignty disputes with China in the South China Sea, and a few, notably Vietnam and the Philippines, seek a stronger ASEAN role in addressing those disputes. Non-claimant member states are wary of the potential repercussions for their bilateral ties with China and Chinese investment in their countries if they were to support a stronger ASEAN role.

In 2002, ASEAN and China signed a non-binding Declaration on the Conduct of Parties in the South China Sea (DoC). The DoC reaffirms the signatories’ treaty obligations and respect for freedom of navigation and overflight and asks the parties to undertake to resolve disputes by peaceful means. Since concluding the DoC, ASEAN has focused on negotiating a binding Code of Conduct for maritime activity in the South China Sea. A draft code prepared by Indonesia in 2014 proposed measures much more specific than those in the DoC, such as rules of the road for avoiding accidents at sea and a halt to military exercises in disputed waters.