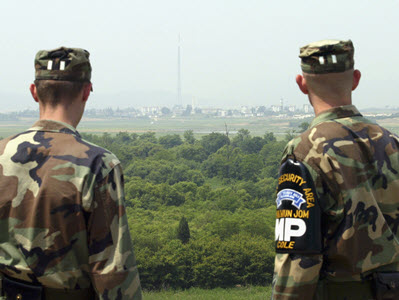 The ROK government has argued that an “end-of-war declaration” would not change the current state of the armistice. That in the first place confuses many observers on this issue. The ROK government has argued that a declaration is only symbolic and does not have any legal implications. However, it will be very difficult to separate the symbolic part of the end-of-war declaration from its legal or substantive meaning.

Why do we want to have a separate end-of-war declaration when there already exists a ceasefire on the Korean Peninsula? It is because we want not only to have a ceasefire but also to establish a new order after the war is settled. The end-of-war declaration is part of that process, which should be about a desired new order after the war. Of course, we do not shoot against each other—except for the provocations of the Democratic People’s Republic of Korea (DPRK)—as a part of war, but the situation is very different from 1953. The DPRK has developed nuclear weapons, and that fact should be addressed in a desired new order.

An end-of-war declaration should affirm that all parties are ready and prepared to settle the new order incorporating the peaceful relations between the ROK and DPRK. Without being ready for this—in other words, without making meaningful progress on the denuclearization front—changing the status quo on the current security configuration will be detrimental to the deterrence posture on the Korean Peninsula. Thus, for the United States and for some in South Korea, any discussion about an end-of-war declaration should be closely related to the denuclearization process of the DPRK.

In mid-2018, there was a discussion about a “declaration for declaration.” At that time, this meant that an end-of-war declaration could be exchanged for a full declaration of the DPRK’s nuclear arsenal and programs. The rationale was that with the end-of-war declaration, Kim Jong-un could tell his people that the DPRK does not need to keep or develop any of its nuclear weapons because there does not exist any hostility from outside, mainly from the United States, if a declaration is agreed on by all parties.

At this stage, an end-of-war declaration does not promise anything. Even though the ROK government has argued that a declaration could be only symbolic, there is no possible way that it can be separated from its legal or political implications.

Without all parties’ being prepared to engage in peace talks, separating an end-of-war declaration from the wider process of a peace accord would be dangerous. Though it does not have any impact on the legal status of the armistice, the DPRK (or China) would take advantage of a declaration. They could argue that the UN command is no longer necessary or legitimate after an end of the war has been declared. They could even argue that the U.S. Forces Korea are no longer needed on the Korean Peninsula.

As the content of the end-of-war statement is not public, it would be difficult to expect any member of the U.S. Congress to comment on the content (or text). I do not think either the ROK or U.S. government is considering revealing the content while it is still being discussed between the two governments. Thus, it would be important for the U.S. Congress to note if the status quo on the Korean Peninsula changes without meaningful progress in the denuclearization of the DPRK.

Jung-Yeop Woo is a Research Fellow at the Sejong Institute in South Korea. He studied at Seoul National University, Georgetown University and received his Ph.D. in Political Science from the University of Wisconsin-Milwaukee. Previously, he was a research fellow and director of the Center for Security Policy at the Asan Institute for Policy Studies. He was also a postdoctoral fellow at the Korean Studies Institute at the University of Southern California.​​​ 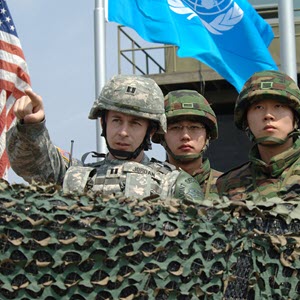