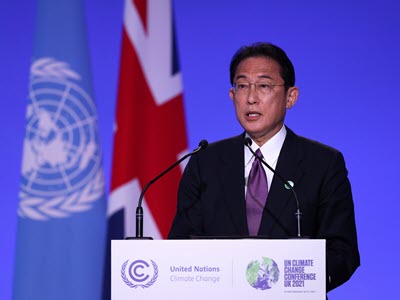 A Japanese Perspective on Regional Climate Cooperation after COP26

This essay by Toshi Arimura (Waseda University in Tokyo) is part of the roundtable Beyond COP26: Regional Cooperation on Climate Change.

COP26 has sent us a clear message that the world should now aim for a 1.5°C increase in warming from the pre-industrial level. This is a big step from the Paris Agreement, whose goal was a 2°C increase. In this spirit, the Japanese government has upgraded its target for greenhouse gas emissions from a 25% reduction to a 46% reduction by 2030, while aiming for carbon neutrality in 2050. Accordingly, the government increased the target renewable energy share for electric power sources from 23% to 37% by 2030. It must now implement additional policies to fill the gap and achieve this new target.

One important candidate is carbon pricing measures, such as an emissions trading scheme (ETS) or carbon tax. In Japan the Ministry of the Environment has been discussing the role of carbon pricing for decades. After the carbon neutrality announcement by then prime minister Yoshihide Suga in 2020, the Ministry of Economy, Trade and Industry (METI) also started to consider carbon pricing policies for the Japanese economy. Though the Japanese government has introduced a carbon tax (a tax aimed at climate change mitigation) since 2012, it amounts to only 289 yen (around $2.50) per ton of CO2. Moreover, Japan has not implemented a national cap and trade scheme, though the local governments of Tokyo and Saitama have introduced ETSs since 2010 and 2011, respectively.[1] As a result, there is a room for additional carbon pricing, ETSs, or carbon taxes to help Japan reach the new 46% reduction target.

The Ministry of the Environment has been running a committee on carbon pricing under the central council of the environment. In November 2021, the Ministry of the Environment proposed the introduction of an additional carbon tax. Similar taxes have been present in Japan for decades, with the Japanese government charging a “petroleum and coal tax” to address the issue of energy securities since the oil crisis in the 1970s. To sum up the current carbon tax and the petroleum and coal tax, the effective carbon rate is 1,068 yen (around $9.40) per ton of CO2 for petroleum, 689 yen (around $6.00) for liquified natural gas, and 590 yen (around $5.20) for coal. If we view this tax rate as a whole (i.e., the effective carbon rate), the government seems to be favoring coal usage over petroleum or natural gas, thereby implicitly increasing emissions. Therefore, the new carbon tax should fill this gap to equalize the effective carbon rate among all three types of fossil fuels. As in many countries, however, energy-intensive sectors such as power and steel have been opposing the introduction of carbon pricing, and thus the discussion still continues under the committee.

Another important consequence of COP26 for the Japanese government is the progress made in Article 6 of the Paris Agreement. Under the Kyoto Protocol, the Japanese government and Japanese industry have used the Clean Development Mechanism (CDM) to reduce greenhouse gas emissions in developing countries because the marginal abatement cost of emissions is lower than it is for Japan. However, they saw some problems in the CDM because it was difficult to obtain approval of energy efficiency projects under this mechanism. Therefore, the Japanese government proposed the Joint Crediting Mechanism (JCM) as an alternative to the CDM so that Japanese industry can make use of energy-efficient technology to reduce greenhouse gas emissions overseas.[2] Nevertheless, the uncertainty associated with double counting has hindered the aggressive implementation of JCM projects. COP26 resolved this uncertainty. Now that double counting is prohibited by Article 6, there is no more ambiguity regarding international credits. Thus, it is a great opportunity for the Japanese government to expand the scope and scale of the JCM.

The JCM has two distinctive features. First, in contrast to the CDM, it takes a bilateral approach that is implemented under the United Nations. In the scheme of the JCM, the Japanese government partners with a host country and forms a bilateral committee that then decides which products and technologies will be eligible in the JCM by constructing an “approved methodology.” The second difference is that energy efficiency projects can be implemented more easily in the JCM than in the CDM.

By investing in the JCM, both the Japanese government and the host country can acquire emission reduction credits. Since the first agreement with Mongolia in 2013, Japan now has JCM agreements with seventeen countries, including many Asian countries such as Cambodia, Indonesia, Thailand, and Vietnam. The first credit was issued in 2015 under an Indonesian project.[3] As of November 2021, 19.2 million emission reduction credits were expected to be generated from the Ministry of the Environment projects by 2030.[4] Though the JCM is a bilateral effort, it is recognized as a “various approach” under the Paris Agreement. The Japanese government has announced that it will implement more JCM projects to reduce CO2 emissions by 100 million tons by 2030.

The credits from the JCM projects are expected to become an important element of the carbon credit market that METI is currently discussing. The discussion on carbon pricing under METI led to the idea of creating a voluntary credit market that can signal carbon prices and integrate several independent schemes of voluntary emission reduction. In addition to the JCM, the Japanese government has been running a J-Credit Scheme in which firms or individuals can acquire emission reduction credits if they implement projects related to energy efficiency, renewable energy, or forest conservation. The new voluntary market is expected to integrate the credits from both the JCM and the J-Credit Scheme, which have been run separately until now.

This new scheme could help reduce the burden for some Japanese industries. For example, the airline industry is facing an international emission trading scheme called the Carbon Offsetting and Reduction Scheme for International Aviation (CORSIA). The new voluntary credit market under discussion is expected to help airlines by providing them with credits. Moreover, facing pressure from investors who focus on environment, society, and governance, many companies must make an effort to contribute to carbon neutrality. The new voluntary credit market can help these companies as well. 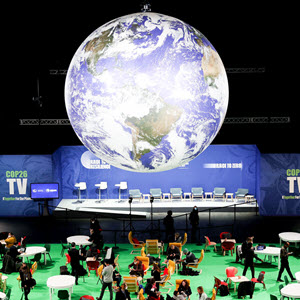