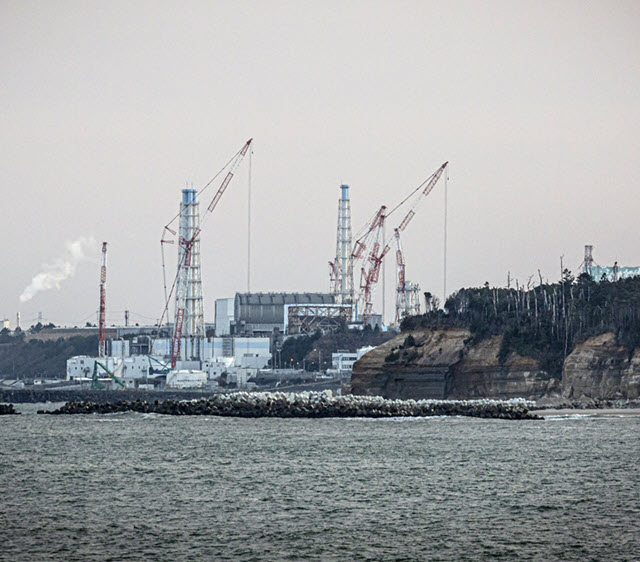 NAMIE, JAPAN – MARCH 7: The crippled Fukushima Daiichi Nuclear Power Plant is seen on March 7, 2021 in Namie, Japan. In ceremonies that are expected to be scaled back because of the Covid-19 coronavirus pandemic, on March 11th Japan will mark the 10th anniversary of the 2011 Tohoku earthquake, tsunami and triple nuclear meltdown in which almost 16,000 were killed and hundreds of thousands made homeless. The magnitude 9.0 earthquake was one of the most powerful ever recorded. It triggered tsunami waves up to 40.5 meters high that travelled at 700km/h and surged up to 10km inland destroying entire towns. It moved Japan’s main island of Honshu 2.4m east, shifted the Earth on its axis by estimates of between 10cm and 25cm and increased the planet’s rotational speed by 1.8 microseconds per day. (Photo by Yuichi Yamazaki/Getty Images)