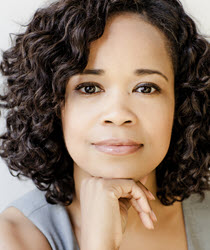 White most recently led a consulting firm specializing in geopolitical risk and strategic communications, where she was an advisor to CEOs of Global Fortune 500 companies, U.S. senators, governors and senior U.S. military officers. She is also a member of the National Bureau of Asian Research’s Board of Advisors.

Ms. White also served as the Assistant to the Secretary of Defense for Public Affairs and the Chief Pentagon Spokesperson for the Department of Defense and Secretary of Defense James N. Mattis. She provided strategic guidance to all branches of the U.S. Armed Services, Combatant Commands and senior civilian leaders. In addition, she was the Director of Policy and Strategic Communications for the Renault-Nissan Alliance in Paris, France. She was a Professional Staff Member on the Armed Services Committee of the United States Senate, and an editorial writer for the Wall Street Journal based in Hong Kong. White served as the Taiwan Country Director in the Office of the Secretary of Defense and Director of the Washington Roundtable for Asia-Pacific Press at the Heritage Foundation. She was a publicist at the Fox News Channel in Washington, D.C. and served as deputy press secretary on the U.S. House Republican Conference.

White graduated from the University of Chicago with a degree in East Asian Languages & Civilizations. She studied at Capital University of Economics and Business in Beijing, China and Hankuk University of Foreign Studies in Seoul, South Korea. She is proficient in Mandarin Chinese and French and possesses basic proficiency in Korean.