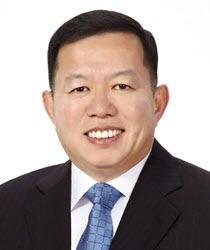 Lieutenant General Chun In-Bum (ret.) is a member of the Board of Advisors at the National Bureau of Asian Research.

After retirement LTG(R) Chun conducted concurrent fellowships with Brookings Institute and the US-Korea Institute, School of Advances International Studies (SAIS), Johns Hopkins University in Washington DC. He also was a Distinguished Visiting Fellow with Georgia Tech at the Sam Nunn School of International Affairs in Atlanta until January of 2019. Presently, he serves on many boards and organizations as friend and advisor.

LTG(R) Chun was born on 6 September 1958 in the capital city of Seoul. Spending his early years in Seoul he moved to the United States of America at the age of 7, following his mother who was the first woman diplomat for the then young Republic of Korea (ROK). LTG(R) Chun spent four and a half years in New York City and returned to Korea in 1969. After graduating from the prestigious Kyong-Ki High-school, he was accepted to the Korea Military Academy (KMA) in 1977. LTG(R) Chun was commissioned an infantry officer in 1981 as class # 37.

While serving as a Platoon leader, LTG(R) Chun was selected to become the aide to LTG Lee, Ki-Baek who was then the 1st ROK Corps Commander. LTG(R) Chun became the youngest officer in ROK Army history to be an aide to a three star general with the rank of lieutenant. In 1983 General Lee, as Chairman of the ROK Joint Chiefs of Staff, was a victim of the Rangoon bombing. LTG(R) Chun was credited with saving General Lee’s life and was awarded the National Security Medal (Kwang-Bok).

LTG(R) Chun has been selected the Excellent Company Commander (Jae-Gu award)[1] in 1986. LTG(R) Chun served in the ROK/US Combined Forces Command (CFC) in 1988 as the Contingency plans officer, Assistant Chief-of-Staff (AcofS) C-5 and as the ROK aide to the Deputy CINC, CFC.

Returning from the United States Armed Forces Staff College course, LTG(R) Chun was assigned to the Korean Special Warfare Command (SWC) as the Combined Operations Officer. After 18 months at the SWC, LTG(R) Chun was selected by the Special Assistants Group of the ROK Army Chief of Staff (CSA) Office as the Officer-in-Charge of Military Diplomacy and also consecutively served as the Policy officer of the same organization.

During and after his tour in CFC he provided Korean/ English language support to the Commander-in-Chief (CINC) on numerous occasions and was personally awarded the U.S. Army Commendation Medal by General RisCassi in 1992.

LTG(R) Chun commanded a battalion in the 22nd ROK Infantry Division. During Battalion Command, he was selected Best Battalion Commander for the 22nd Infantry Division in 1996 (first out of 12 BNs). He also participated in operations to search and destroy infiltrators from the “ Submarine incident” at Kang-Nung in 1996. In 1997, while conducting a Live-fire exercise, he was wounded in the right leg requiring 42 stitches, refusing evacuation, he finished training of his troops and was recognized by the Division and Regimental Commanders. LTG(R) Chun has 13 months of DMZ duty.

After successfully completing Division level duties as the G-1 and then the G-3 for the 22nd Infantry Division, LTG(R) Chun served in the ROK/US Combined Forces Command assigned to the C-3 Exercise Division as the Ulchi-Focus Lens (UFL) Exercise senior Korean officer, LTG(R) Chun planned, coordinated, controlled and managed the Ulchi-Focus Lens (UFL) Exercise; the largest combined computer simulated military exercise in the world. LTG Chun received the ROK Minister of Defense Citation and the U.S. Meritorious Service Medal for his contribution as the UFL Exercise officer.

LTG(R) Chun’s Regimental command assignment was Commander of the 29th Infantry Regiment “Golden Bats” of the 9th Infantry Division “White Horse.” LTG(R) Chun was the 49th commander of the regiment, which has a 54-year history. It includes six major battles during the Korean War and six years and seven months of duty in Vietnam. The 29th Regiment also has a real world security mission of the Han River, which extends to 30 KMs. LTG(R) Chun served 17 months as its commander.

Upon completion of Regimental command, LTG(R) Chun was assigned as the Chief of the Election Support Branch, Civil Military Affairs /Strategic Operations Directorate at the Multi National Forces (MNF) in Iraq. He was recognized by both the Republic of Korea and the United States for his contribution to the first “Fair and Free” elections in Iraq on 30 January 2005, with the Hwa-Rang Combat medal and the US Bronze Star medal.

From November of 2005, LTG(R) Chun served as the Director of US Affairs at the Korean Ministry of National Defense and was involved in negotiations and cooperation with the US on relocations of US forces, Camp returns, ROK/US Joint Vision Study, Special Measures Agreement and transition of Wartime Operational Control. He was selected for brigadier general on 3 November 2006. From November of 2006 to April of 2007, LTG(R) Chun was assigned to the First ROK Infantry Division as the Assistant Division Commander and concurrently assigned as a research fellow at the Center for International Studies/ Seoul National University. As of 1 May 2007, LTG(R) Chun was assigned as the Director of Operational Plans Development for the ROK Joint Chiefs of Staff. On 19 July 2007, 23 Korean missionary workers, including 16 women, were kidnapped by the Taliban. LTG(R) Chun was given seven hours’ notice to assemble a team and deploy to the International Security Assistance Force (ISAF) HQ in Kabul, Afghanistan and establish coordinating relations with ISAF and also to support the ROKG efforts for the release of the hostages. The incident lasted for forty four days and all but two were released unharmed.[2] LTG(R) Chun was credited with accomplishing his mission successfully and was awarded the Korean Presidential citation. Upon completion of his duties as the Deputy-director for Strategic Planning at ROK JCS, LTG(R) Chun took over the OPCON Transition Group, which was charged with the responsibility of overseeing the transformation of wartime operational control from the US to the ROK. During his post he supervised establishment of the Initial Operational Capability of the ROK JCS and subordinate operational commands. LTG(R) Chun was promoted to two stars on 3 Nov of 2009 and took over command of the 27th Infantry Division. Under his leadership the unit gained a reputation to be “ Ready to Fight”. As of Nov 2011, LTG(R) Chun became the Deputy Assistant Chief of Staff, Operations for the ROK/US Combined Forces Command and Assistant Chief of Staff, Operations for Ground Component Command. In April on 2013, he became the Deputy Chief of Staff for CFC and the Senior Member of the United Nations Military Armistice Commission. In Nov of 2013, he was promoted to Lieutenant General and was assigned as the commander of the ROK Special Warfare Command. From April of 2015, he has been the Deputy Commander for the First ROK Army. LTG(R) Chun retired from active duty as of 31 July 2016.

[1] The Jae-Gu award is awarded in memory to the late Major Kang, Jae-Gu, who sacrificed himself by throwing his body on top of a grenade, which was dropped by a recruit during training for deployment to Vietnam. The ROK Army selects one company commander a year for every Corps level unit. Thus only about 11 captains are selected each year. In the case for LTG(R) Chun he was chosen from approximately 300 candidates.

[2] Among the hostages two males were murdered by the Taliban.