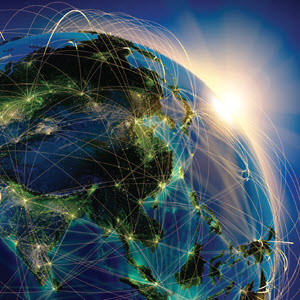 
On December 2, 2014, NBR hosted a public launch event for the 2014–15 Strategic Asia volume, U.S. Alliances and Partnerships at the Center of Global Power. Evan Medeiros, Special Assistant to the President and Senior Director for Asian Affairs at the National Security Council, provided keynote remarks, while members of the 2014–15 Strategic Asia Research Team presented findings on the trajectories of U.S. alliance and partner relationships in the Asia-Pacific. The event also featured a panel discussion with ambassadors from the region and U.S. experts on Asia.

The Hon. Kim Beazley, Ambassador to the United States of America, Commonwealth of Australia

The nature and escalating pace of events in the Asia-Pacific mark this as a moment full of opportunities for progress and advancement. At the same time, the region is rife with extraordinary threats to peace. Strategic Asia 2014-15: U.S. Alliances and Partnerships examines how the United States can strengthen its alliances, breathe fresh life into old partnerships, and seek out relationships with new and influential regional actors in order to respond to current and emerging challenges.

Keynote speaker Evan Medeiros described the goals of U.S. policy in the Asia-Pacific as building a stable security order, an open economic order, and a liberal political order. Key to achieving these objectives are efforts to modernize alliances, engage with emerging powers, invest in regional institutions to support norms and cooperation, advance U.S. economic engagement, and protect human rights. Dr. Medeiros placed particular emphasis on U.S. efforts to modernize alliances and partnerships, stressing that “alliances have to keep pace with threats as they evolve.”

Dr. Medeiros addressed several specific criticisms of the U.S. system of alliances in Asia, explaining that alliances are a long-standing component of international relations. He noted that Asian countries have expressed a desire for greater cooperation and support from the United States and argued that these alliances are inclusive, reinforce multipolarity, and are not aimed at constraining China’s actions.

During the first panel, which was moderated by Abraham Denmark (NBR) and featured members of the Strategic Asia Research Team, Nicholas Szechenyi (Center for Strategic and International Studies) described Japan’s emerging foreign policy strategy and assessed the challenges the country faces. He argued that Japanese economic, diplomatic, and security initiatives converge with the U.S. policy of “rebalancing toward the Asia-Pacific” and provide an opportunity for the two nations to strengthen the regional order. Ann Marie Murphy (Seton Hall University) discussed Indonesia’s role as a pivotal actor in the Asia-Pacific. She noted that while Indonesia’s external threat perception is rising and domestic obstacles to cooperation with the United States continue, a growing convergence of strategic interests between Washington and Jakarta offers ways to strengthen the partnership.

Next, Ellen Frost (East-West Center and National Defense University) discussed the status and future of the regional order in Asia. She argued that several developments, including the stalled Trans-Pacific Partnership (TPP) negotiations and the many issues drawing the United States’ focus back to the Middle East, have sapped the confidence of some U.S. allies and partners in the liberal international economic order and are leading to what she calls “a slow crisis of legitimacy.” In addition, Dr. Frost noted the rise of “rival regionalisms” in which alternative institutions are being put forward that might supplant those developed and supported by the United States. Finally, Van Jackson (Center for a New American Security) examined strategic hedging and discussed what this trend means for both the Asia-Pacific and the U.S. rebalance policy. He argued that U.S. policy must account for the fact that a myriad of structural factors are driving Asian nations to pursue hedging strategies in their approaches to foreign and regional security policy.

Research Director Ashely Tellis (Carnegie Endowment for International Peace) led the second panel. In his introductory remarks, he identified six prevalent themes from the volume: (1) the United States profits from a significant diversity of allies and partners in the Indo-Pacific, (2) despite many of their origins in the crucible of war, U.S. alliances have survived and proved to be highly adaptable, (3) the United States and its allies and partners are coping with how to integrate a new rising power like China, (4) China’s integration is challenging due to both politics and economics, with coexisting elements of cooperation and conflict, (5) the demand for U.S. presence in Asia is still robust, and (6) uncertainty nonetheless remains about the future of U.S. power in the region.

During the panel discussion, Ambassador Ahn Ho-Young (Republic of Korea) reaffirmed the demand for a U.S. presence in the region. He also expressed conviction that the United States is not and will not be in retreat due to its preeminent military and economic power, its willingness to provide stability through providing public goods, and the universally respected values on which this power and willingness are predicated. Ambassador Kim Beazley (Australia) concurred with Ambassador Ahn and laid out Australia’s view on the major security challenges in Asia. He argued that if the United States is able to pass the TPP and can ensure that the Pentagon is given freedom of decision to shore up military commitments where necessary, that regional states “can be reasonably certain that the United States will have the capacity to influence developments in the Asian region in a way that guarantees the prosperity of all of us and in the end provides the right basis for accommodation with China.”

Michael Green (Center for Strategic and International Studies and Georgetown University) argued that as a maritime power in Asia and as a democracy the United States should build its strategy toward the region around its democratic, maritime allies and must be very careful not to give the appearance that it is prepared to compromise on this principle. Dr. Green also asserted that Japan’s strategic response to the rise of China is the most coherent and domestically supported response of any power in the region, with one major blind spot being Japan’s relations with and policy toward South Korea. As the discussion turned toward economic trends, Kevin Nealer (The Scowcroft Group) countered the idea that political economy and trade liberalization could be detrimental to the region. He argued for the importance of passing the TPP and strengthening the U.S. economy at home in order to shore up stability in Asia.

The speakers at the launch event touched on a wide range of issues for U.S. alliance and partnership relationships in the Indo-Pacific, from security dynamics to economics. While the discussion included a variety of viewpoints from around the region, the participants all emphasized the importance of U.S. alliances and partnerships in Asia for maintaining the stability and prosperity that the region enjoys.