We are pleased to announce the 2021 Undergraduate Diversity Fellowship awardees, Kylie Del Rosario and Alura Winfrey.

To qualify for the scholarship, applicants must be a freshman or sophomore in college and have an interest in Asia and U.S. foreign policy with demonstrated academic achievement and leadership potential. Our 2021 awardees were selected from a highly qualified and competitive field of applicants. 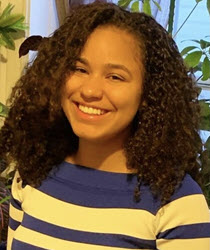 Kylie Del Rosario is working with the Energy and Environmental Affairs team at NBR. She is a rising sophomore at Dartmouth College and plans to major in government. She is interested in U.S. foreign policy in Asia and diplomacy and is studying Japanese and international relations, as well as conducting research on U.S.-China relations. Prior to this fellowship, she worked on strategic partnerships for the National Youth Council for Real History Education, was a committee chair for the Unified Student Council for Yonkers Public Schools, and founded We Are the Future, a nonpartisan space for students to discuss global political issues. She aspires to work in the Embassy of the United States in Tokyo. During her time at NBR she conducted interviews with Ieda Gomes on Exploring the Future of Natural Gas in South Asia and Raymond Kuo on Strategic Clarity and the Future of U.S.-Taiwan Foreign Relations and contributed to the editing of the commentary In Defense of Strategic Ambiguity in the Taiwan Strait by Steven M. Goldstein. 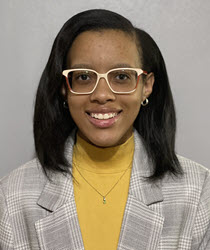 Alura Winfrey is working with the Center for Innovation, Trade, and Strategy team at NBR. She is a rising sophomore at George Washington University, where she intends to major in international affairs, with a regional concentration in Asia, and minor in sociocultural anthropology. She studies Mandarin Chinese and is currently researching the religious conversion and politicization of migrant and indigenous populations in Chile, China, and Singapore. Before joining NBR, she contributed to the US-China Strategic Studies Organization newsletter and participated in Amnesty International and the Deans Council for Multicultural Recruitment at George Washington University. She plans to pursue a career as a foreign service officer or analyst with the Department of State under the Bureau of East Asian and Pacific Affairs or Bureau of Intelligence and Research. During her time at NBR she conducted an interview with Blaine Curcio titled Developments in China’s Commercial Space Sector.