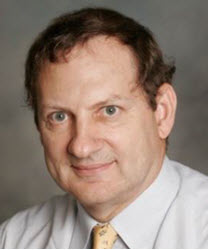 After moving to HSBC in 2005, he further developed their cross-border mergers and acquisitions business between Europe and India and the Middle East. In New York, Mr. Davidson worked in both JP Morgan’s and Goldman Sachs’ mergers and acquisitions and equity product development teams completing transactions for many clients, including IBM, Merck, Dow, and Pfizer. He began his career as a corporate attorney at Simpson Thacher & Bartlett in New York in 1975. Mr. Davidson also served as a Lieutenant in the United States Navy on active duty and reserves from 1973 to 1981.

Mr. Davidson has a BA from Williams College including a year at The London School of Economics. He earned a JD from Columbia University Law School (Harlan Fiske Stone Scholar). He served two terms as Chair of the London School of Economics Alumni Association (2007–10) and for 10 years (through 2012) as a member of the International Advisory Board of Columbia Law School. He is a fellow of the Royal Geographical Society and serves on the board of the RGS Hong Kong.