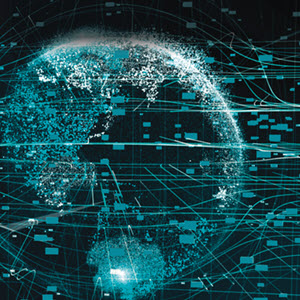 
On March 29, 2022, the National Bureau of Asian Research (NBR) and the Nakasone Peace Institute (NPI) partnered for a joint event to discuss China’s digital strategy, the security implications of China’s growing digital influence, and what Japan and other likeminded partners can do to address these challenges.

This event discussed the report’s findings, as well as the impact of China’s growing digital influence on Japan. It featured simultaneous translation in English and Japanese.

(all times are Tokyo time)

Ambassador Ichiro Fujisaki is President and CEO of Nakasone Peace Institute. He served as the Japanese ambassador to the United States from 2008–2012, as well as Ambassador to the United Nations and to the World Trade Organization in Geneva, where he served as the chairman of the Executive Committee of the United Nations High Commissioner for Refugees. Ambassador Fujisaki has also held posts in Jakarta, Paris (OECD), and London. Other Ministry of Foreign Affairs posts have included terms as deputy director-general for Asian Affairs, director-general for North American Affairs, and deputy foreign minister.

Samantha Hoffman is a Senior Analyst at the Australian Strategic Policy Institute. Her work examines the domestic and global implications of the Chinese Communist Party’s approach to state security, and provides new ways of analyzing and responding to China’s pursuit of artificial intelligence and big data-enabled tools to augment its political and social control. She holds a PhD in Politics and International Relations from the University of Nottingham. She has testified to numerous legislative bodies, including the U.S.-China Economic and Security Review Commission, the UK House of Commons Foreign Affairs Committee, and the EU Parliament China Delegation.

Shin Kawashima is a professor of international relations at Tokyo University, and Senior Fellow at Nakasone Peace Institute. He has also held positions as senior fellow at the National Security Agency, advisory member at the Ministry of Foreign Affairs, member of The Advisory Panel on Communications Concerning Territorial Integrity, Office of Policy Planning and Coordination on Territory and Sovereignty; and editor of nippon.com. His first book, Formation of Chinese Modern Diplomacy (2004), was awarded the Suntory Academic Prize in 2004. He has written or co-authored several other books, including China in the 21st Century (2016), Frontier of China (2017), and Japan-China Relations in the Modern Era (2017).

Dai Mochinaga is a Senior Researcher at Keio Research Institute at SFC, and an analyst at the Japan Computer Emergency Response Team Coordination Center (JPCERT/CC). His research focuses on cybersecurity, international relations, and information technology, and his latest book, Digital Silk Road: The New Geopolitics of Telecommunication, was released in 2022. He previously spent more than 10 years as a cybersecurity researcher at Mitsubish Research Institute, where he worked on projects related to cybersecurity, R&D strategy development, cryptographic technology evaluation, and strategy analysis. He received a doctorate degree from Waseda University.

Jun Nagashima is Senior Research Advisor at the Nakasone Peace Institute, and a former Commandant, Air Command and Staff College, Japan Air Self-Defense Force (JASDF). He has served as a Government of Japan Cabinet Councilor and as Deputy Assistant Chief Cabinet Secretary, National Security Secretariat. He is the first military officer to hold the position of Cabinet Councilor in Japan. As an intelligence expert, his career included critical assignments as Defense Attaché, Liaison Officer to NATO and the EU, Embassy of Japan in Belgium; Director, Logistics (J-4), Joint Staff Office; and Defense Intelligence Officer, Defense Intelligence Headquarters. He retired in August 2019.

Jun Osawa is Senior Research Fellow at Nakasone Peace Institute. He is also a board member of Kajima Peace Institute, Cyber Project Coordinator at Sasakawa Peace Foundation, on the staff of the National Security Secretariat (NSS), and a Visiting Research Fellow at the Air Staff College. His research focuses on national cybersecurity, strategic assessment, and North-East Asian international security. His previous positions include senior fellow and deputy cabinet counsellor at the NSS, visiting fellow at the Brookings Institution, member of the Cabinet Office’s Advisory Panel on Communication Concerning Territorial Integrity, member of the Keidanren Study Group on Cyber Warfare and Defense, and policy planning researcher and advisor, Ministry of Foreign Affairs.

Matt Turpin is a Visiting Fellow at the Hoover Institution specializing in U.S. policy toward the People’s Republic of China, economic statecraft, and technology innovation. He is also a senior advisor at Palantir Technologies. From 2018 to 2019, Mr. Turpin served as the U.S. National Security Council’s Director for China and the Senior Advisor on China to the Secretary of Commerce. In those roles, he was responsible for managing the interagency effort to develop and implement U.S. Government policies on the People’s Republic of China. Before entering the White House, Turpin served over 22 years in the U.S. Army in a variety of combat units in the United States, Europe and the Middle East, and as an assistant professor of history at the United States Military Academy at West Point.

Michael Wills is Executive Vice President at The National Bureau of Asian Research. He manages all aspects of NBR’s financial and business operations, including program and business development and corporate strategic planning, and serves as secretary to the Board of Directors. He also helps lead the Strategic Asia program and serves on the editorial advisory committee of the Asia Policy journal. His research expertise includes geopolitics, international security, and the international relations of Asia, with a particular interest in China’s relations with Southeast Asia. He is co-editor with Ashley J. Tellis and most recently Alison Szalwinksi of nine Strategic Asia volumes, including U.S.-China Competition for Global Influence (2020) and China’s Expanding Strategic Ambitions (2019).